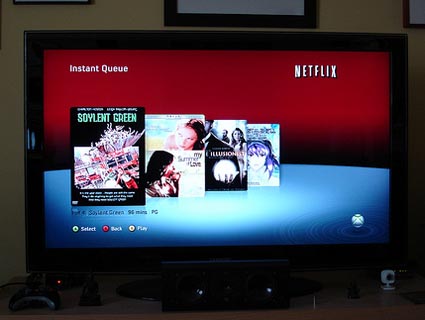 When the streaming-video site Netflix suffered an outage on Christmas Eve, millions of Americans confronted the terrifying possibility of an evening of spent talking with their relatives instead of re-watching Die Hard. But Netflix’s technical snafu wasn’t the only streaming-related news infuriating Americans over the Christmas holiday.

Last Tuesday, the Senate quietly altered a key privacy law, making it much easier for video streaming services like Netflix to share your viewing habits. How quietly? The Senate didn’t even hold a recorded vote: The bill was approved by unanimous consent. (Joe Mullin of Ars Technica was among the first to note the vote.)

Here’s what changed. For the last 24 years, ever since a local reporter easily obtained failed Supreme Court nominee Robert Bork’s video rental records without his consent, the law has required video rental companies to get your permission each and every time they share information about the movies you rent or buy. Although Bork himself had no respect for the idea of a constitutional right to privacy, part of his legacy ended up being one of the strongest privacy-related laws in the country.

As of last week, that’s all in the past: Video streaming companies that want to share your data now only need to ask for your permission once. After that, they can broadcast your video-watching habits far and wide for up to two years before having to ask again.

If Sen. Patrick Leahy (D-Vt.) had his way, Americans would have gotten something in return for this reduction in video privacy rights. The law governing law enforcement’s access to online material, the Electronic Communications Privacy Act (ECPA), was written when email was a relatively new technology, well before anyone imagined the amount of personal information the average person could store online. The ECPA makes it a trivial matter for law enforcement to access just about any of your personal data stored in the cloud—even without a warrant.

Leahy always supported the video privacy changes. But his version of the Netflix bill, which was approved by the Senate Judiciary Committee in late November, would also have updated the ECPA. Civil libertarians saw Leahy’s proposal as a trade-off—in exchange for weakening the video privacy law, Congress would strengthen protections for your personal online content, including photo albums, documents, and archived emails. Video-streaming and rental companies wouldn’t have to ask permission every time they wanted to share your data, but the feds would have to obtain a warrant to access your online correspondence—just as they must if they want to read the letters in your desk at home.

But the trade-off never happened. Last week, the House passed a version of the video privacy bill without Leahy’s added protections. That left Congress with a choice between the House bill, the Senate bill, or a compromise. On Tuesday, the Senate caved and approved the House version of the bill. Why? Because the video streaming and social media companies really, really wanted this change. Media companies have lobbied hard on the measure; Netflix alone spent more than half a million dollars this year lobbying Congress on this and similar proposals.

As the Senate was preparing to scrap the video privacy protections, Leahy gave a speech urging Congress to take up his online privacy reforms again next year. But now that Netflix and the media companies have gotten what they wanted, there’s no trade to be had. Congress would simply be protecting Americans’ privacy of its own initiative, unprompted by any kind of trade-off or by the kind of outrage that Republicans felt when Bork’s video rental records were exposed. And as David Petraeus recently learned, not even the CIA director losing his job in the wake of an FBI investigation that led to no actual charges could provoke Congress into updating the country’s digital privacy laws. So Leahy’s calls for reform appear likely to go unanswered.