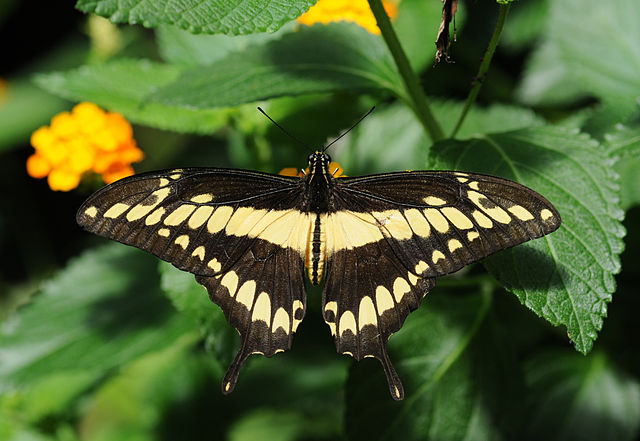 Giant swallowtail, normally a butterfly of the southern US, now increasingly appearing in the northeast: Thomas Bresson via Wikimedia Commons

Butterflies from the southern US that used to be rare in the northeast are now appearing there on a regular basis. The trend correlates to a warming climate report the authors of a paper in Nature Climate Change.

Subtropical and warm-climate butterflies—including the giant swallowtail (photo above) and the zabulon skipper (photo below)—showed the sharpest population shift to the north. As recently as the late 1980s these species were rare or absent in Massachusetts.

At the same time southern butterflies are moving north, more than 75 percent of northern species—with a range centered north of Boston—are rapidly declining in Massachusetts now. Disappearing fastest are the species that overwinter as eggs or larvae. Which suggests that changes in the winter climate (like more drought or less snow cover) may be harming nonadult butterflies. 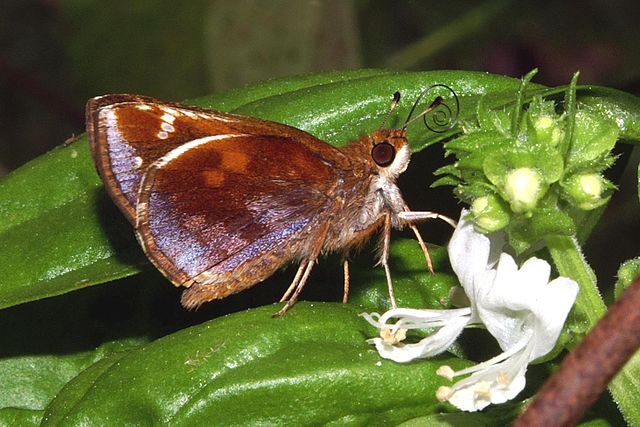 “For most butterfly species, climate change seems to be a stronger change-agent than habitat loss,” lead author Greg Breed tells the Harvard Gazette. “Protecting habitat remains a key management strategy, and that may help some butterfly species. However for many others habitat protection will not mitigate the impacts of warming.”

Breed points to the frosted elfin (photo above), a species that receives formal habitat protection from Massachusetts, and has increased 1,000 percent there since 1992. Meanwhile common summer butterflies that have no protection in Massachusetts (atlantis and aphrodite fritillaries) have declined by nearly 90 percent. From the paper:

Conservation agencies should not use our results to infer that all southern species are safe nor that all northern species are doomed to extinction. However, understanding mechanisms of population decline could improve management practices and limit potentially costly efforts that will have little influence on species conservation. 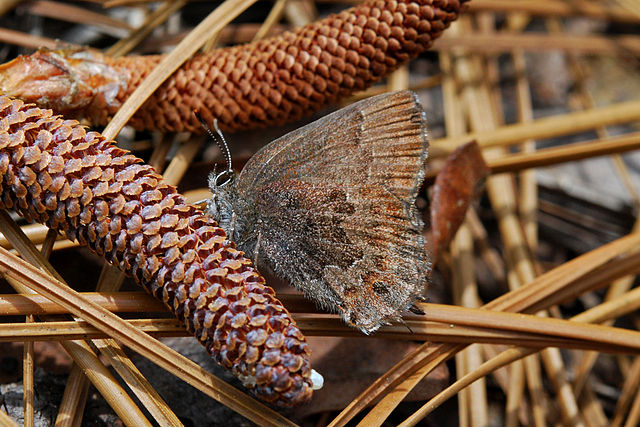 The frosted elfin is one of the most rapidly increasing butterfly species in Massachusetts with an estimated 1,000 percent increase since 1992: Geoff Gallice via Wikimedia Commons

What’s extra cool about this research is that the data come from citizen scientists at the Massachusetts Butterfly Club. Over the last 19 years members have logged butterfly species and numbers on some 20,000 expeditions through Massachusetts. Their records fill a crucial gap in the scientific record.

Butterflies are turning out to be the canaries in the coal mine of climate warming: