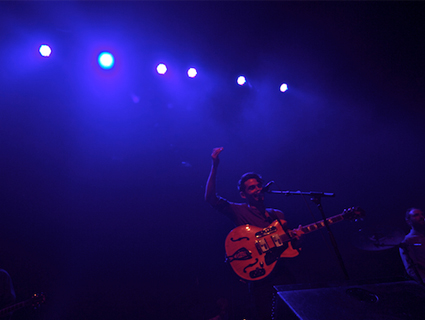 Local Natives, the mesmerizing, harmonizing, Los Angeles-based four-piece, has successfully avoided the sophomore slump with the release, last week, of its second album, Hummingbird. It follows their bright and bouncy 2010 debut Gorilla Manor, which landed them tours with the likes of Arcade Fire and The National. In fact, The National’s Aaron Dressner was so enamored with Local Natives that he decided to help them produce Hummingbird.

The night after the album’s release, a sold-out crowd greeted Local Natives at Oakland’s 2,800-seat Fox Theater. “This is a big night for us,” vocalist/guitarist Taylor Rice said from the stage. “Our second record came out yesterday. This is the first time we’ve played Oakland. And this is the biggest show we’ve ever played.” He was visibly humbled by the size and reaction of the audience.

The streamed preview of the new album provided by the PR folks sounded pretty good, but it felt like something was missing. Maybe the songs weren’t grand enough, or personal enough—or maybe being tethered to a computer was the wrong way to listen? Or my headphones didn’t have enough bass?

So I decided to come out to the show, because sometimes it takes a live performance to solidify your opinion of an album—you need to to share it with a few thousand other people. As soon as the band began filling the historic downtown theater with “You & I,” the first track off Hummingbird, I felt like I was hearing it for the first time. 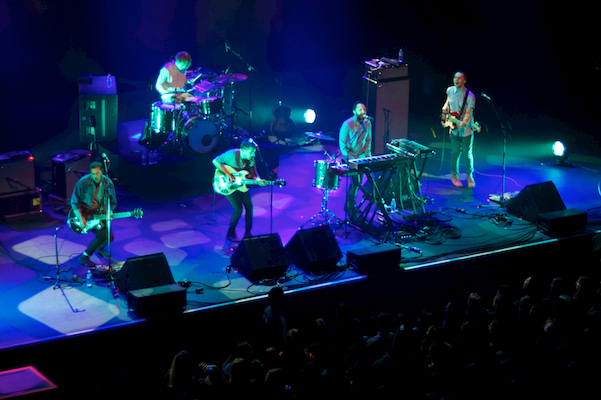 Local Natives at the Fox.

Hummingbird is not as immediate as Gorilla Manor. It feels nostalgic, retrospective, and at times frustrated. If Gorilla Manor was the theme to your back yard barbeque in 2010, Hummingbird might be your group therapy after getting burned. Songs like “Wooly Mammoth” and especially “Beakers” have catchy grooves, while “Ceilings,” “Black Spot,” and the apparent Sigur Ros ode “Three Months,” are close-your-eyes dreamy.

But “Colombia” will remain one of the most sobering songs of the year. Vocalist/keyboardist Kelcey Ayer lost his mother in 2012. The song, named after her home country, finds Ayer sharing his quest for reassurance. “You gave and gave and gave and gave…Every night I ask myself, am I giving enough?”

By the end, as he’s calling her out by name, be prepared to feel a sharp chill and desire to respond with “Yes.” 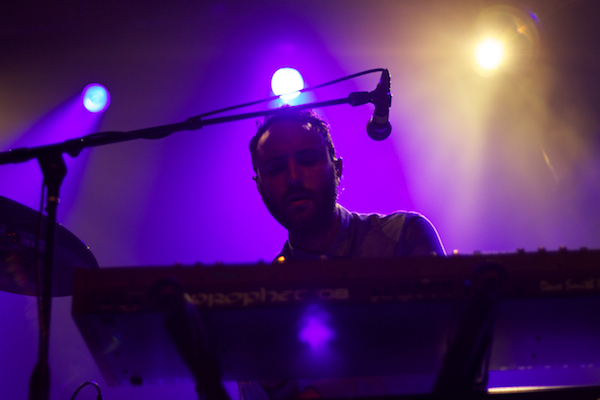 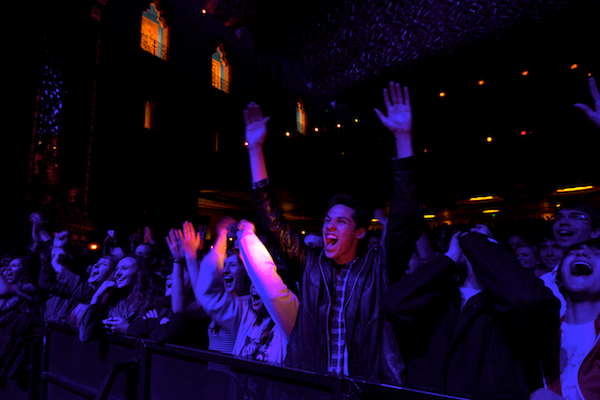