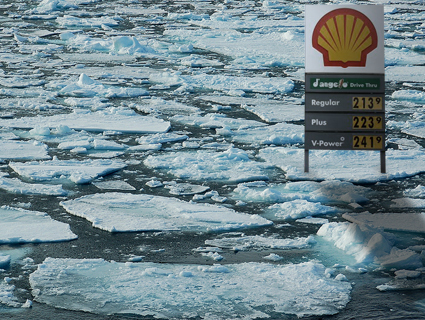 Last August, Shell got a long-awaited go-ahead from US regulators to begin exploratory oil drilling in the Arctic. It’s a potential gold mine for the company—up to a fifth of the world’s untapped oil resources are in the Arctic. But instead of rolling in cash, Shell ended up getting rolled by one disaster after another, culminating in the crash in January of drilling rig and a subsequent investigation by the feds. And that was only the next act in a comedy of errors that’s been unfolding for over a year, and that finally ended—for now, anyway—this week, when the company announced it would “pause” its Arctic operations. Here’s a look back at Shell’s tumultuous run in the Arctic, featuring coverage by our Climate Desk partners: