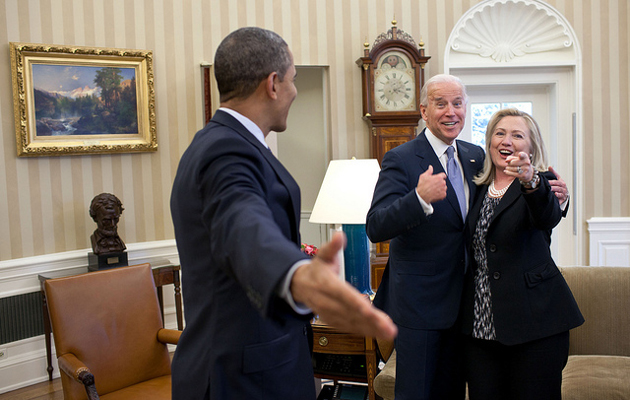 On Tuesday, the Supreme Court will hear oral arguments on a lawsuit challenging the constitutionality of California’s ban on same-sex marriage. On Wednesday, the court will hear oral arguments on the constitutionality of the Defense of Marriage Act, which for the last 17 years has prohibited the federal government from recognizing same-sex couples. With new polls showing a significant majority of Americans endorse marriage equality—and three new Senators announcing their support in the last week—it’s tough to shake the sense that attitudes about the once-polarizing issue have shifted irreversibly. Even RNC chairman Reince Priebus now suggests that support for marriage equality may no longer be a deal-breaker for conservatives.

Over the last three years, dozens of politicians have, to use the phrase du jour, “evolved” on marriage equality, starting with a trickle of mostly progressive politicians and culminating in recent months with mainstream figures in both parties calling for an end to the marriage wars. (Maybe it was all that sushi.) Here’s a look at how it went down:

Update: The article original stated that Gov. Chafee came out in support of gay marriage in 2009. It has been updated with new information.