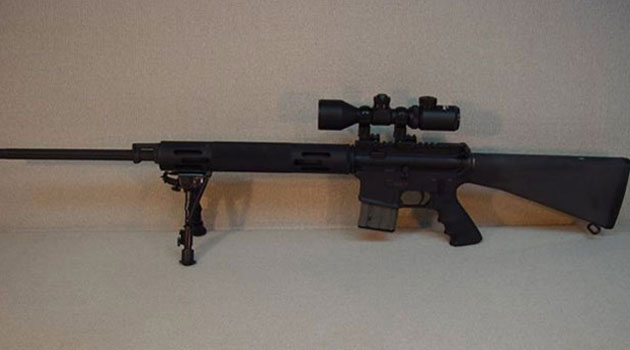 A .223-caliber Bushmaster rifle, similar to the one Adam Lanza used in the Newtown shooting. <a href="http://www.gunsinternational.com/BUSHMASTER-XM15-E2S-223Rem.cfm?gun_id=100298066">Guns International</a>

Over the past year, Wall Street has had a few image problems: money-laundering scandals, interest rate fixing scandals, and mortgage lending scandals. The Street doesn’t seem too worried about playing with fire, though. And why should it be? Profits are up. But there is one thing that financiers don’t want to mess with: guns. Reuters and the Wall Street Journal report that many banks are unwilling to bid for Freedom Group, the company that made the Bushmaster assault rifle that Adam Lanza used to murder 27 people in Newtown, Connecticut in December.

Immediately after the December tragedy, Cerberus Capital Management, the private equity firm that owns Freedom Group, decided to sell the company as a way to avoid negative publicity during the ensuing gun-control debate. In order to create a starting price to auction off the gun manufacturer, Cerberus is planning to place its own bid, in conjunction with other investors, in which it will have a minority financial stake.

But it’s looking like those necessary extra investors are not interested. As the Journal reports that “negative publicity around guns has already weighed on the process. Citing [PR] concerns, some investment banks declined to aid Cerberus in the sale.” Columnist Robert Cyran writes at Reuters that “this cold shoulder from lenders could make selling Freedom Group more difficult.” The Journal, citing people familiar with the potential bid, says that “it remains possible that there will be no buyer for Freedom Group.”

In this case, it seems that Wall Street has a better sense of American public opinion than the Senate, which failed to pass a bipartisan background check bill on Wednesday. Here’s Reuters: “While lawmakers in Washington are only gingerly tackling the idea that some guns are more dangerous than others, this turned out to be an easy distinction for several [of the banks’] reputational risk committees to make… [A]iding a big maker of semiautomatics is a publicity disaster waiting to happen.”

As Cyran puts it, ‘”Making assault rifles, it turns out, has joined pornography on the list of activities with risks that money can’t hide.”