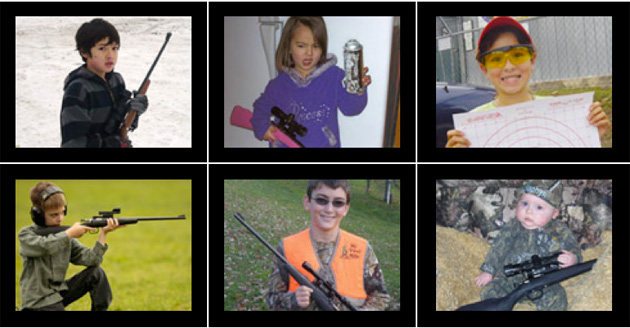 On Tuesday, inside a rural Kentucky home, a five-year-old boy accidentally shot and killed his two-year-old sister. The boy had been playing with a .22 caliber single-shot Crickett rifle made and marketed for kids. The children’s mother was reportedly outside the house when the shooting took place, and apparently didn’t know that the gun contained a shell.

“Just one of those crazy accidents,” said the Cumberland County coroner, according to the Lexington Herald-Leader.

Clearly the issue of parental responsibility is at the center of this tragedy. But against the backdrop of the Newtown massacre and ongoing national debate over regulating firearms, it also points back to the big business of guns—including how the industry profits from products aimed at children.

The Pennsylvania-based maker of Crickett rifles, Keystone Sporting Arms, markets its guns with the slogan “My First Rifle.” They are available with different barrel and stock designs, including some made in hot pink to appeal to young girls.

Business has boomed since the company’s inception in 1996, according to its website*. In its first year, it had four employees and produced 4,000 rifles for kids; by 2008 it had greatly expanded its operations, with 70 employees and an output of 60,000 rifles a year. KSA’s site states that its goal is “to instill gun safety in the minds of youth shooters and encourage them to gain the knowledge and respect that hunting and shooting activities require and deserve.”

But a visit to the “kids corner” page reveals a gallery of photos that some people might find unsettling: 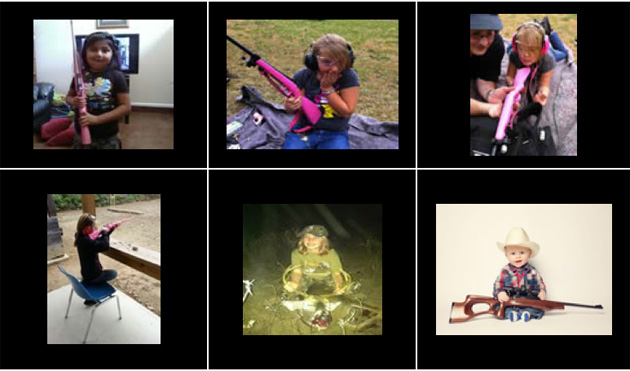 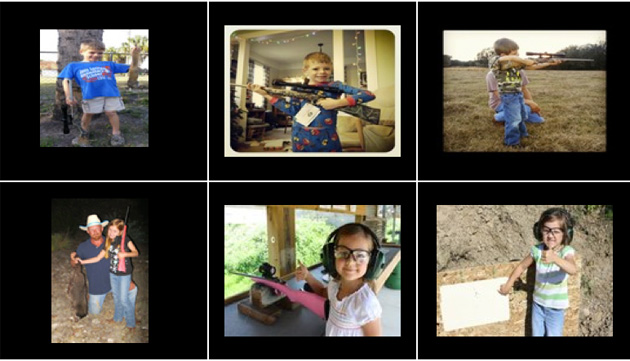 Then again, KSA’s approach to arming America’s tykes may be no more disturbing than the post-Newtown boom in bulletproof backpacks and school clothes.

Update, May 3, 10:30amPT: Shortly after we published this story, the Crickett Firearms website was shut down, and it remains unavailable. This morning I called Keystone Sporting Arms and was referred to attorney John Renzulli, who spoke on behalf of the company: He said that the Crickett Firearms site had been “inundated and corrupted” by a surge of visitors and had been shut down by the hosting service. “We’re working hard with the host to get the site up again,” he said, though he declined to specify when it would be restored. (It’s an intriguing explanation given that Crickett’s accounts on Facebook and Twitter have also since disappeared.)

Renzulli acknowledged that the accidental death of the two-year-old girl in Kentucky has stirred strong emotions, but said that it was not an appropriate time to continue the debate about gun control. “This is not about Crickett Firearms,” he said. “We need to respect the privacy of these people, this family is going through a lot. We’re not going to analyze and evaluate what happened here until a full investigation has been conducted by law enforcement. At that point we’ll comment.”

Here are some additional screen shots I captured from the “kids corner” page of Crickett.com: 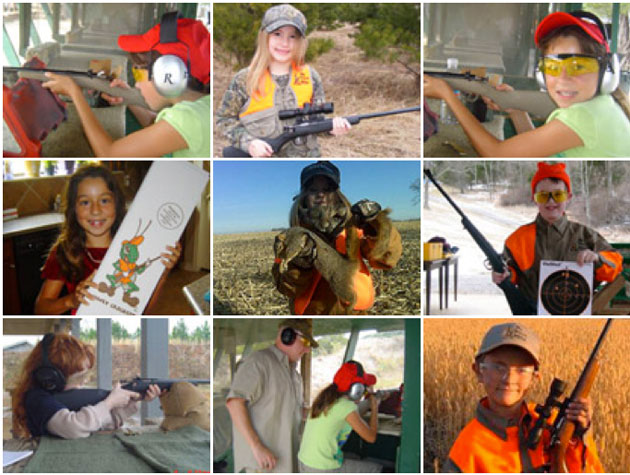 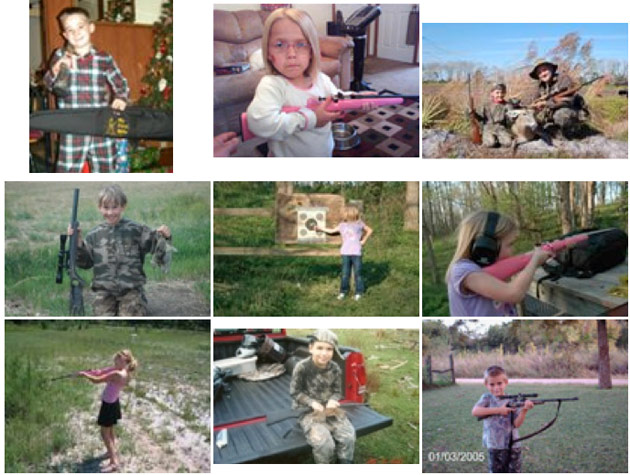 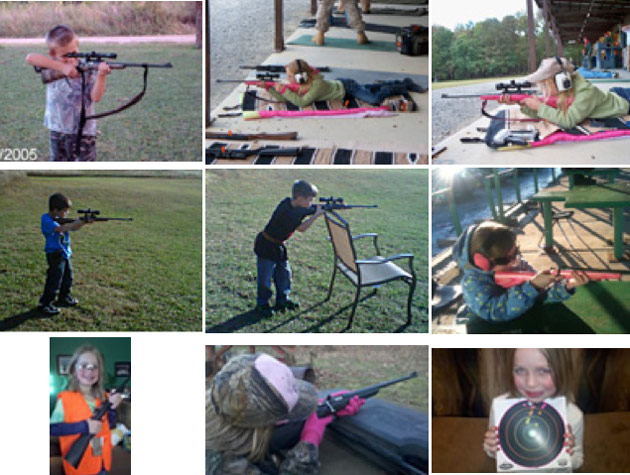