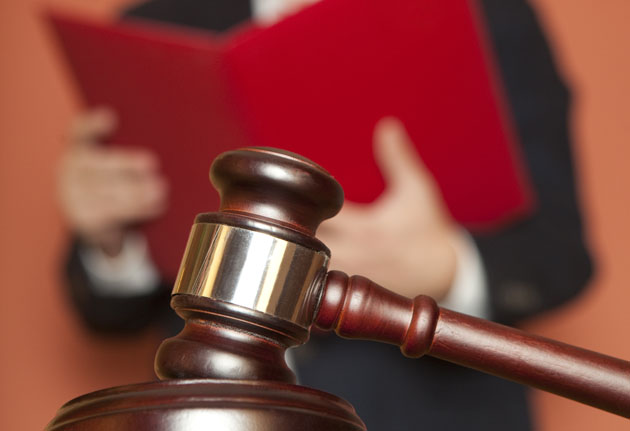 This story first appeared on the Center for Public Integrity website.

US District Judge Roger Vinson, who signed an order requiring Verizon to give the National Security Agency telephone records for tens of millions of American customers, attended an expenses-paid judicial seminar sponsored by a libertarian think tank that featured lectures from a vocal proponent of executive branch powers.

Vinson, whose term on the secret Foreign Intelligence Surveillance Court began in 2006 and expired last month, was the only member of the special court to attend the August 2008 conference sponsored by the Foundation for Research on Economics & the Environment, according to disclosure records filed by the federal judge.

The Center for Public Integrity collected the disclosure records as part of an investigative report that revealed how large corporations and conservative foundations routinely sponsor ideologically driven educational conferences for state and federal judges.

It’s unclear which lectures Vinson attended during the “Terrorism, Civil Liberty, & National Security” seminar. FREE’s website only provides a general agenda for the program and no lecture transcripts.

But Eric Posner, a University of Chicago law professor who delivered two lectures, argued in a 2007 book he co-wrote — Terror in the Balance: Security, Liberty, and the Courts—that “the executive branch, not Congress or the judicial branch, should make the tradeoff between security and liberty.”

The book also asserts that while “no one doubts that injustices occur during emergencies, the type of judicial scrutiny that would be needed to prevent the injustices that have occurred during American history would cause more harm than good by interfering with justified executive actions.”

The seminar, conducted in Montana, also included separate lectures entitled “Terrorism & the US Constitution,” “Decision-Making in Counter Terrorism Dilemmas” and “The Triumph & Pitfalls of the Security State.”

John Baden, FREE’s chairman, says that while his recollection of the seminar is hazy, it included experts from “both sides” of the national security debate.

One such conference speaker was University of Utah law professor Amos Guiora, who describes himself as a proponent of judicial review and checks on executive power.

He notes that his views regarding the balance of civil liberties and national security are very different from those held by Posner.

“Eric and I totally disagree,” he says, noting that he and Posner were the conference’s primary lecturers.

Vinson, a senior status judge, and Posner did not immediately respond to requests for comment.

Sheldon Snook, a spokesman for the Foreign Intelligence Surveillance Court, had no comment about the seminar but did release a statement from Presiding Judge Reggie Walton responding to criticism of the surveillance court that has recently surfaced in news reports.

“The perception that the court is a rubber stamp is absolutely false,” Walton’s statement reads. “There is a rigorous review process of applications submitted by the executive branch, spearheaded initially by five judicial branch lawyers who are national security experts, and then by the judges, to ensure that the court’s authorizations comport with what the applicable statutes authorize.”

In April, Vinson approved the government agency’s “top secret” request ordering Verizon on an “ongoing daily basis” to give the NSA telephone records for all its customers’ phone calls “between the United States and abroad,” as well as those made within the United States.

Vinson, who made headlines two years ago when he invalidated President Obama’s health care law, signed the order authorizing telephone surveillance as a member of the Foreign Intelligence Surveillance Court, a special eleven-member court established in the Foreign Intelligence Surveillance Act of 1978 to review applications for warrants related to national security investigations. The court is composed of federal district judges who are appointed by the Chief Justice of the United States and who serve staggered seven-year terms.

News reports of the highly classified court order, first reported by The Guardian newspaper Wednesday, sparked outrage among many Americans, especially civil libertarians. Legislators and White House officials downplayed the growing controversy, claiming that the monitoring of phone calls is “nothing new” and defending the agency’s efforts as an effective way to gather intelligence on terrorists.