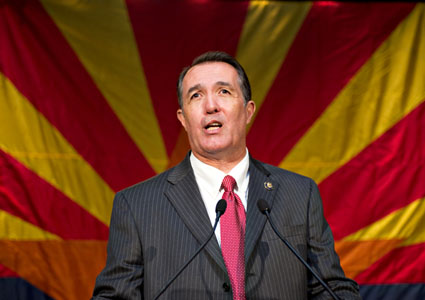 The House debated and passed a bill on Tuesday that would ban all abortions after 20 weeks across the country. The bill, passed by a nearly party-line vote of 228 to 196, replicates laws passed in a dozen states in the past three years limiting the time period during which women can obtain a legal abortion.

HR 1797, sponsored by Rep. Trent Franks (R-Ariz.), is not expected to pass the Democrat-controlled Senate, and President Barack Obama has already threatened to veto it. But it does contain a provision that redefines rape exemptions, significantly limiting the number of women who would qualify. In order to obtain an abortion after 20 weeks under this law, a woman who was raped must be able to prove that she reported the rape to authorities—a requirement not present in other rape exceptions to federal abortion laws.

Republicans added this provision to the bill, which originally included no exceptions for rape or incest, after the House Judiciary committee approved it last week. But the alternative language Republicans inserted creates its own problems. It is more restrictive than the Hyde Amendment, the law barring federal funds from being used to pay for abortions. Hyde specifically exempts cases of rape, incest, or when the life of the mother is at stake—with no requirement that women have documentation from police that they reported the crime.

According to numbers from the Bureau of Justice Statistics, less than half of all rapes or sexual assaults are reported to the police (the bureau’s latest report actually found that the percentage reported to police has declined in recent years—from 56 percent in 2003 to 35 percent in 2010). Democrats pointed out that fear of violence, concerns about dealing with the legal system, and shame may prevent many women from reporting rape.

“They leave out even Hyde exceptions for rape and incest, and then they try to shove it back in, but they do it with this crazy requirement that rape victims prove that they reported the rapes, only underscoring the point we’ve been making all this time which is that they really have no respect for women,” Rep. Diana DeGette (D-Colo.) told Mother Jones on Tuesday.

“They’re redefining women’s bodies and women’s health care just off the top of their heads all the time,” said DeGette, noting that she had never before seen a rape exception formulated like this.

Rep. Virginia Foxx (R-N.C.), who led the floor debate on the Republican side in the early afternoon, dismissed Democrats’ criticism of the rape exception. “They would find something to criticize in this bill no matter what,” Foxx told Mother Jones.

Franks also deflected the criticism. “This bill doesn’t take place until the sixth month of gestation,” he said. “A lot of these questions are already answered.”

Republicans had been criticized following a hearing on the bill that featured 23 Republican men and zero GOP women, and Franks attracted more negative attention last Wednesday when he suggested during a hearing that rape exemptions weren’t necessary because the incidence of pregnancy from rape is “very low.” After that, Republican leadership decided to hand control of the floor debate to GOP women. Foxx led the debate early in the afternoon, and Marsha Blackburn (R-Tenn.) took the helm later in the day. “We wanted to have as many women voices speaking on the bill, because the other side has tried to talk about everything but the bill,” Franks told reporters, accusing Democrats of having “injected false issues” into the debate by pointing out the gender ratio in the committee. Franks sat toward the back of the House floor during Tuesday’s debate and did not speak in favor of his own bill.

Franks’ proposed ban mirrors laws passed in a dozen other states that are based on the scientifically dubious premise that a fetus can feel pain 20 weeks after conception. A federal district court in Idaho struck down that state’s ban in March, and a federal appeals court deemed Arizona’s 20-week ban unconstitutional last month. Franks tried to pass a law last year that would have banned abortions at 20 weeks in the District of Columbia as well, but that bill failed.

Abortions after 20 weeks are extremely rare, accounting for only 1.4 percent of all abortions, according to the Centers for Disease Control. Many of those procedures happen because a life-threatening medical problem or a fetal abnormality only became apparent late in a pregnancy. (Other cases may involve women who realized only very far along that they were even pregnant, teens who hid a pregnancy, or women who couldn’t afford an abortion earlier in the pregnancy.) The American College of Obstetrics and Gynecologists, in a court filing supporting the challenge to Arizona’s law, said that such a ban is “neither supported by scientific evidence nor necessary to achieve an important public health directive.”