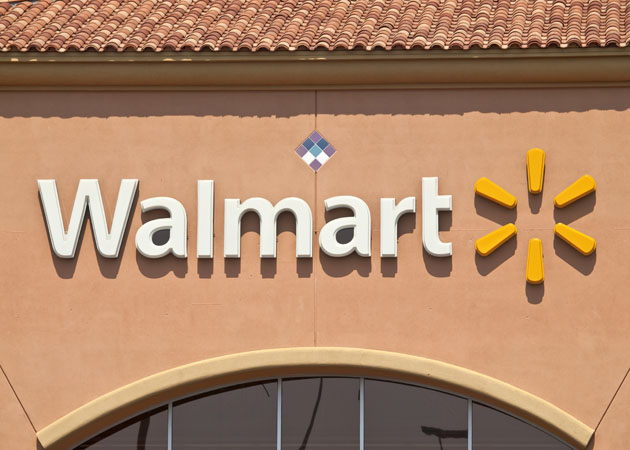 Walmart’s wages and benefits are so low that many of its employees are forced to turn to the government for aid, costing taxpayers between $900,000 and $1.75 million per store, according to a report released last week by congressional Democrats.

Walmart’s history of suppressing local wages and busting fledgling union efforts is common knowledge. But the Democrats’ new report used data from Wisconsin’s Medicaid program to quantify Walmart’s cost to taxpayers. The report cites a confluence of trends that have forced more workers to rely on safety-net programs: the depressed bargaining power of labor in a still struggling economy; a 97 year low in union enrollment; and the fact that the middle-wage jobs lost during the recession have been replaced by low-wage jobs. The problem of minimum-wage work isn’t confined to Walmart. But as the country’s largest low-wage employer, with about 1.4 million employees in the US—roughly 10 percent of the American retail workforce—Walmart’s policies are a driving force in keeping wages low. The company also happens to elegantly epitomize the divide between the top and bottom in America: the collective wealth of the six Waltons equals the combined wealth of 48.8 million families on the other end of the economic spectrum. The average Walmart worker making $8.81 per hour would have to work for 7 million years to acquire the Walton family’s current wealth.

Using data from Wisconsin, which has the most complete and recent state-level Medicaid data available, the Democrats’ report finds that 3,216 of Wisconsin’s 29,457 Walmart workers are enrolled in the state’s Medicaid program. That figure that balloons to 9,207 when Walmart employees’ children and adult dependents are taken into account. The study also looked at the costs of other taxpayer-funded programs that Walmart employees on state Medicaid could also use. Here’s the tab:

At a minimum, Walmart workers in Wisconsin known to be enrolled in Medicaid rely on at least $9.5 million a year in taxpayer funds. If the study’s low-end estimate of $900,000 per store in taxpayer-funded benefits is right, Walmart’s 300 Wisconsin stores could be forcing the state to provide as much as $67.5 million per year in benefits that employees of Walmart’s higher-wage competitors, such as Costco, don’t need.

House Democrats are pushing two pieces of legislation that would address the drag Walmart’s low wages place on the economy. One would raise the federal minimum wage from $7.25 to $10.10; another would allow employees to share salary information, bolstering their bargaining power. A study published last year found that raising average retail wage salaries from $21,000 to $25,000 a year would create 100,000 new jobs and give a $13.5 billion annual boost to the overall economy.

Walmart has pushed back against the Dems’ report. “Unfortunately there are some people who base their opinions on misconceptions rather than facts, and that is why we recently launched a campaign to show people the unlimited opportunities that exist at Walmart,” Brooke Buchanan, a spokeswoman for the company, told the Huffington Post. “We provide a range of jobs—from people starting out stocking shelves to Ph.D.’s in engineering and finance. We provide education assistance and skill training and, most of all, a chance to move up the ranks.”

Research suggests that Walmart could increase wages significantly and still turn a profit. But the company has worked for years to avoid doing that. An internal memo obtained by the Huffington Post in November, “Field Non-Exempt Associate Pay Plan Fiscal Year 2013,” outlined how Walmart capped raises for hourly workers, lowing costs and bolstering their bottom line profits. In 2012, the company’s net sales were higher than Norway’s entire economic output.

The ranks of near-poor households enrolled in Medicaid have been swelling in Wisconsin since the late 1990s. Although Walmart isn’t the only force driving this trend, it certainly isn’t helping.