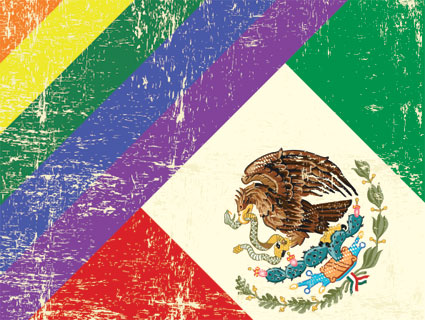 The Supreme Court’s ruling Wednesday striking down the Defense of Marriage Act is a big victory not only for US citizens in same-sex relationships, but permanent residents who will now be able to petition for permanent residency for their foreign-born, same-sex spouses. The decision achieves most of what an amendment to the immigration reform bill introduced by Sen. Patrick Leahy (D-Vt.) sought. The controversial measure, which some lawmakers worried could blow up the bill, stood little chance of making it into the final version of the legislation because of Republican opposition. LGBT proponents of immigration reform thus had been waiting eagerly for the DOMA ruling to come down. Wednesday’s ruling effectively made the amendment a moot point.

In a statement hailing the decision, Leahy said “there is still work to be done” but “I applaud this important milestone in the continued march toward equality and pledge to work to ensure that all our laws respect the rights of every American.” But he didn’t immediately address how Wednesday’s news affects his amendment. “At this point, he’s not also getting into the immigration bill matter,” David Carle, a Leahy spokesman, said.

The Supreme Court decision, which found DOMA unconstitutional on equal-protection grounds, will allow the federal government to give same-sex couples the same benefits as straight married couples under more than 1,000 laws, which includes the right to petition for green cards for foreign-born spouses who married legally but are in the country on temporary visas. The decision is also good news for Democrats, who will no longer face pressure from frustrated LGBT immigration advocates to inject the controversial issue into the immigration reform debate at the last minute before the Senate votes on the bill later this week.

In a statement, Rachel Tiven, executive director of the LGBT-rights group Immigration Equality, said, “Today’s decision closes a discriminatory chapter in American immigration law. For 40 years, LGBT individuals were turned away at our borders; Congress called us unfit to be Americans. For LGBT couples, that exclusion continued until today. The court did what Congress would not, and recognized that all loving couples are the same under the Constitution.”