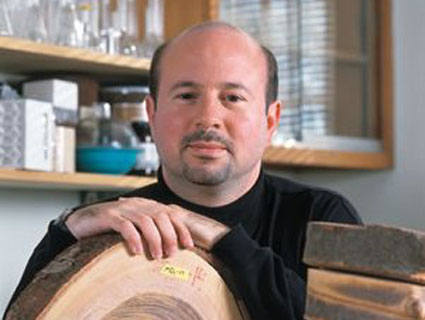 A judge in the Superior Court of the District of Columbia is allowing a defamation suit that climate scientist Michael Mann filed against conservative commentators to move forward.

Last year, Mann sued the National Review and the Competitive Enterprise Institute over blog posts accusing him of lying about climate science. The NRO post called his research “fraudulent,” and the CEI post accused him of “scientific misconduct.” NRO also twice quoted another blogger who referred to Mann as “the Jerry Sandusky of climate science,” comparing him to the Pennsylvania State University football coach convicted of child molestation last year.

Blue Marble readers have certainly heard Mann’s story before. The Penn State climate scientist has been the subject of a relentless assault from climate skeptics over the years, largely tracing back to a chart of global temperature records that he coauthored that showed a sharp uptick in the industrial era.

The judge issued two decisions on July 19 allowing Mann’s suits to go forward. The plaintiffs had each filed a motion to dismiss, arguing that the First Amendment protects their right to say that sort of stuff online. But the judge didn’t agree. Here’s a key part of the decision on the CEI suit (via Climate Science Watch) in which the judge asserts that the blogger was not just stating opinions, but that he was making factual claims about Mann’s work that could be proven false:

Defendants argue that the accusation that Plaintiff’s work is fraudulent may not necessarily be taken as based in fact because the writers for the publication are tasked with and posed to view work critically and interpose (brutally) honest commentary. In this case, however, the evidence before the Court, at this stage, demonstrates something more and different than honest or even brutally honest commentary.

The full National Review ruling is here and the CEI ruling here. The parties are scheduled to be back in court on September 27.