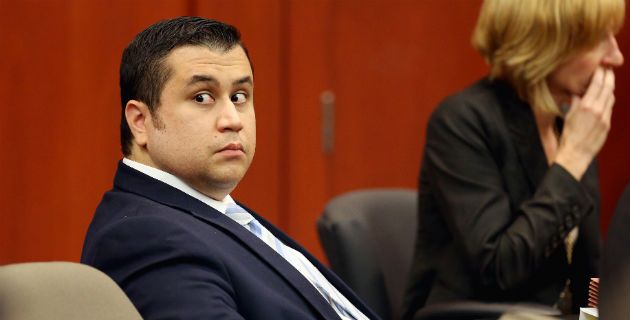 Since George Zimmerman was acquitted in the shooting death of Trayvon Martin, conservatives have argued that Stand Your Ground, Florida’s expansive and controversial self-defense law, was irrelevant to the case. After all, Zimmerman waived his right to a pretrial hearing that might have granted him immunity under the statute, and his defense team chose not to raise it during the trial. Case closed, right?

This argument might make sense if, say, you didn’t pay attention to the details of the case until a few days ago. In reality, Stand Your Ground played a major role, from Martin’s death to Zimmerman’s acquittal. Here’s how:

An armed Zimmerman knew about Stand Your Ground years ago: As witnesses testified during the trial, Zimmerman had for years pursued an interest in a law enforcement career. At a Florida college in 2010, he earned an A in a criminal-justice class taught by an Army prosecutor whose course work included the state’s Stand Your Ground law. That same year, Zimmerman applied to participate in a police ride-along, writing that his motivation was “solidifying my chances for a career in law enforcement.” (However, Zimmerman’s ability to retain certain law enforcement knowledge apparently vanished after he killed Martin; the self-styled neighborhood watchman, who obsessively called 911 to report suspicious activity, told Fox News’ Sean Hannity last summer that he’d never heard of Stand Your Ground.)

How Florida authorities let Zimmerman walk: For nearly six weeks after the killing, Zimmerman remained a free man; he was arrested and charged only after a national outcry and after the case was handed over to a special prosecutor. A subsequent New York Times investigation revealed that the Sanford PD’s handling of the case was marred by serious lapses—in tandem with letting Zimmerman go the night of the killing based on his claim of self-defense, police investigators failed to secure key evidence. Bill Lee Jr., then Sanford’s police chief, told the Times: “We were basing our decisions, which were made in concert with the state attorney’s office, on the findings of the investigation at the time, and we were abiding by the Florida law that covers self-defense.”

Lee, who was forced to resign in the wake of the killing, went on to tell CNN this month that Stand Your Ground had no bearing on the investigation. But there are reams of evidence that the law has hamstrung Florida authorities for years and kept them from effectively pursuing homicide prosecutions.

The jury instructions—and a reason for their verdict: Just because Zimmerman’s defense team didn’t bring up Stand Your Ground in the trial (more on that below), that doesn’t mean the law was irrelevant to the jury’s decision. To the contrary, Judge Debra Nelson made clear in the jury instructions (PDF) that they should consider the law:

If George Zimmerman was not engaged in an unlawful activity and was attacked in any place where he had a right to be, he had no duty to retreat and had the right to stand his ground and meet force with force, including deadly force if he reasonably believed that it was necessary to do so to prevent death or great bodily harm to himself or another or to prevent the commission of a forcible felony.

And consider it they did. According to the most outspoken juror, known only as Juror B-37, Stand Your Ground was key to reaching their verdict. She told CNN’s Anderson Cooper in an interview that neither second-degree murder nor manslaughter applied in Zimmerman’s case “because of the heat of the moment and the ‘stand your ground.’ He had a right to defend himself. If he felt threatened that his life was going to be taken away from him or he was going to have bodily harm, he had a right.”

Why didn’t Zimmerman’s defense team use Stand Your Ground?
Zimmerman’s attorneys themselves dismissed the relevance of the statute, which allows armed citizens to use deadly force with no obligation to retreat from a confrontation if they reasonably believe their lives are threatened. Perhaps Zimmerman’s team shied away from using the law—also known as “shoot first”—because they knew it would be controversial and felt that they didn’t need it to win on self-defense.

They may also have calculated that it would hurt their case, says Laura Cutilletta, a senior attorney at the Law Center to Prevent Gun Violence and an expert on state gun laws. “We think the reason the defense did not request a shoot-first hearing or raise the law at trial is because doing so would contradict their theory of the case—that Zimmerman was being held down and beaten and had no opportunity to retreat,” she says. “Shoot-first would only be applicable if he was conceding that he had an opportunity to retreat and that instead of doing so, he used deadly force.”

But in the end the statute still helped the defense. In a follow-up statement to CNN after her interview sparked criticism, Juror B-37 said: “My prayers are with all those who have the influence and power to modify the laws that left me with no verdict option other than ‘not guilty’ in order to remain within the instructions.”

And she and her fellow jurors may never have had to endure the trial if it weren’t for Stand Your Ground, suggests Cutilletta. “The increased paranoia that comes with being armed combined with the sense of legal entitlement to kill at will, we think, all contributed to the incident even occurring in the first place.”