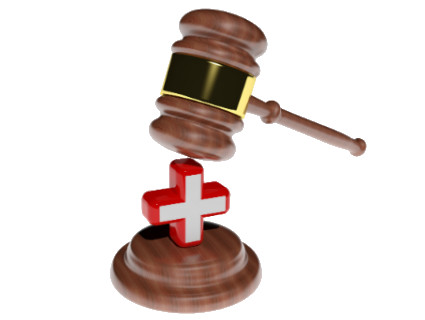 An anti-abortion group backed by a billionaire fracking tycoon has embarked on an unusual campaign to shut down abortion clinics: direct mailing DVDs to lawyers in order to entice them to sue doctors.

This unorthodox legal strategy is a new twist on a strategy long employed by Life Dynamics, an anti-abortion group based in Denton, Texas. Two decades ago, the group’s president, Mark Crutcher, began a mail and advertising campaign urging lawyers to take up malpractice lawsuits against abortion providers. The organization’s manuals for attorneys argued that these suits could be used to “force abortionists out of business by driving up their insurance rates.” Crutcher’s campaign was never successful, but he’s still at it—now sending slick DVDs sent to tens of thousands of lawyers.

In the videos, two actors made to look like television news anchors allege that there’s a “child sex abuse scandal” underway. They claim that most minors who become pregnant are not impregnated by a peer, but by an older man. Thus, any pregnant teen should be treated as if there is “reasonable suspicion of child sexual abuse,” they contend. The 11-minute DVD urges lawyers to sue abortion providers, on the premise that clinics are potentially covering up the crime of statutory rape.

Abortion and family planning providers, the actors maintain, are “almost universally ignoring states’ mandatory reporting laws” by not involving the police every time a minor seeks their services. This, they say, has created “an area of personal injury litigation that is enormous and growing daily.” The actors direct viewers to a website, ChildPredators.com, which specifically accuses Planned Parenthood and the National Abortion Federation of legal malfeasance.

The DVDs look innocuous from the packaging. The envelope doesn’t say “abortion” anywhere on it. The envelope simply states, “This 11-minute DVD will revolutionize your legal practice.” Abortion is not mentioned until two minutes into the video. A lawyer in New Hampshire, Ted Barnes, sent Mother Jones the copy he received, noting that he works mostly on criminal defense, not malpractice cases.

Another Manchester, New Hampshire-based lawyer, Michael J. Iacopino, said he received a DVD in the mail; he also mainly handles criminal-defense cases. From the packaging, he says, he mistook it to be something about how to manage his firm better. “To me it was false advertising,” said Iacopino, a partner at Brennan Caron Lenehan & Iacopino. “It was designed to be something that would appeal to a lawyer that might be looking to organize their practice, but it turned out to be a pitch to sue abortion clinics.”

Life Dynamics started mailing flyers and manuals to attorneys in the early 1990s as part of a campaign to get them to file malpractice claims against abortion providers. The group also runs a website soliciting women who have been “injured by an abortion procedure” to come to Life Dynamics to find legal representation. In 1995, Crutcher’s group was the subject of a New York Times story documenting its efforts to use malpractice suits as a way to go after abortion providers.

In the early 2000s, Crutcher organized efforts to make and record calls to Planned Parenthood providers from women pretending to be minors in an effort to catch clinic staff on tape saying potentially damaging remarks—work that reportedly inspired the undercover operations of  James O’Keefe and Lila Rose. Crutcher was also behind Maafa 21, a video that drew some attention in 2010 for its claim that abortion is really an attempt to murder African Americans. The film, according to Crutcher, reveals that the “real motivation behind the legalization of abortion was eugenics and racial genocide.”

Fifty-three thousand DVDs must have cost a fair amount of money. Life Dynamics took in a modest half million dollars in revenue in both 2009 and 2010. But the group did get a significant influx of new money in 2011, more than doubling its revenue with a single $850,000 donation from the Thirteen Foundation, which is based in Eastland, Texas. The foundation was started by Farris Wilks, a billionaire masonry tycoon. Forbes has put his net worth at $1.4 billion, with much of that coming from the hydraulic fracturing and oil field services company, Frac Tech, that he and his brother started in 2002.

The foundation that Wilks and his wife, JoAnn, run has given hundreds of thousands of dollars to conservative groups such as the Heritage Foundation and the Family Research Council, and anti-abortion groups that include Texas Right to Life, 40 Days for Life, and Heartbeat International, a group that runs anti-abortion crisis pregnancy centers. Wilks is also the pastor of a the Assembly of Yahweh church in nearby Rising Star, Texas.

It’s unclear whether the money from Wilks’ group was used directly to fund the DVD campaign. Crutcher refused to respond to questions about the campaign from Mother Jones, stipulating that he would only agree to an interview if the full transcript, and nothing else, were posted online. The Thirteen Foundation did not respond to a request for comment. The foundation’s donation to Life Dynamics was by far the largest in 2011; the next largest contribution was $20,000.

It’s true that family planning clinics are considered mandatory reporters under most state laws, meaning they are required to report all suspected cases of sexual abuse to law enforcement. But that can create a tough situation for doctors, as they are also required to honor patient privacy rights. Anti-abortion groups have previously tried to make an issue of mandatory reporting requirements. So have attorneys general in Kansas and Indiana, by forcing clinics to turn over medical records of minors on the premise that they are necessary to determine whether abortion clinics are abiding by reporting requirements. The Guttmacher Institute, a reproductive rights group, warned of the “growing politicization” around statutory reporting laws in 2005, documenting ways in which they were being used to intimidate providers and impede the provision of care to minors.

Abortion providers don’t think Crutcher’s latest efforts are likely to be any more effective than his previous ones. “Clinics are following mandatory reporting laws,” said Vicki Saporta, the president of the National Abortion Federation. “This is just another one of their campaigns which, to my knowledge, haven’t gotten any traction precisely because clinics are following the law.”