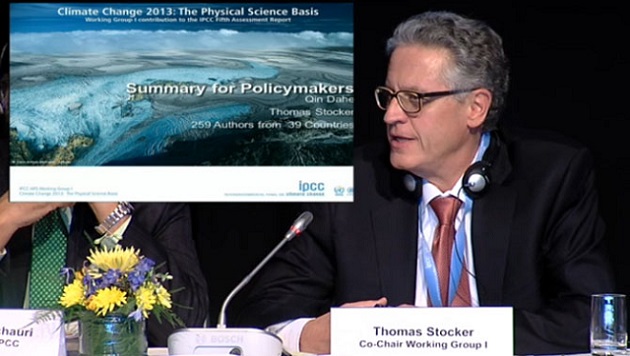 We woke up early to get a copy of the new United Nations Intergovernmental Panel on Climate Change’s “Summary for Policymakers” of its Fifth Assessment Report—and pored over its very technical language so that you don’t have to.

Here’s the Cliffs Notes version, providing the (often scary) highlights of the text:

1. Global warming is just plain unmistakable. At the top of the report, the warming of the climate system that we are seeing (in the form of melting ice, temperature rise, and sea level rise, among other factors) is called “unequivocal” and “unprecedented over decades to millennia.” Not mincing words here, then.

2. Scientists are more sure than ever that humans are driving global warming. The certainty about this central conclusion has now been upped to 95 percent. Let’s allow the scientists to say it in their own words: “It is extremely likely that human influence has been the dominant cause of the observed warming since the mid-20th century.”

3. Atmospheric carbon dioxide is higher than it has been in nearly a million years. How much have humans changed the planet? Well, the IPCC says our atmosphere has more carbon dioxide, more methane, and more nitrous oxide than it has had in “at least the last 800,000” years. And how long did it take us to do that? A 40 percent increase in carbon dioxide has occurred since pre-industrial times—or, roughly in the last 200 years. 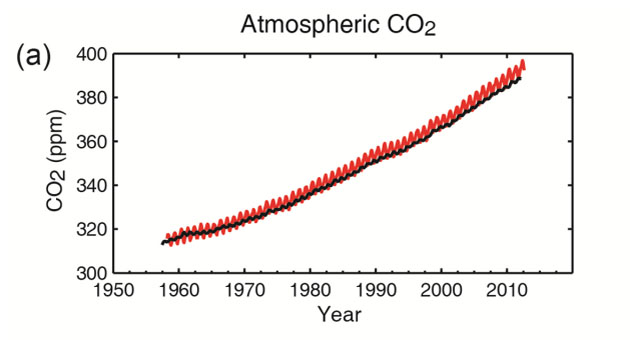 4. A clarification on the alleged “slowdown.” The IPCC has added considerable clarification to the most controversial part of the report, where it notes that the rate of surface temperature increase over the last 15 years ago is somewhat less than it had been previously. After an earlier draft of the report leaked in August, this section was widely cited by climate skeptics to cast doubt on global warming. Now, the IPCC clarifies that short-term trends of this kind “are very sensitive to the beginning and end dates and do not in general reflect long-term climate trends.” The report says the recent reduction in the rate of warming is caused, in roughly equal parts, by natural climate variability (possibly including heat going deeper into the oceans) and a temporary decline of solar radiation reaching the planet, thanks to volcanic eruptions and the solar cycle itself. (For more detail, see our live blog.)

5. Projections of sea level rise have increased. Last time around, in 2007, the IPCC was faulted for having projections of future sea level rise that were arguably too conservative, because of the way they dealt with possible contributions from the melting of land-based ice (e.g., Greenland, West Antarctica). This time, the projections are higher for the end of this century. The highest end projection indicates oceans could rise by more than 3 feet (or 0.98 meters).

6. Much of global warming is irreversible and will continue for centuries. In the most somber part of the report, the IPCC provides a truly geological perspective on the changes that we are causing. It notes that much of what we are doing to the planet is “irreversible on a multi-century to millennial time scale” and that temperatures will remain “at elevated levels for many centuries,” even if we completely stop emitting carbon dioxide. Indeed, the report states, much of the carbon dioxide that we’ve emitted “will remain in the atmosphere longer than 1,000 years.”