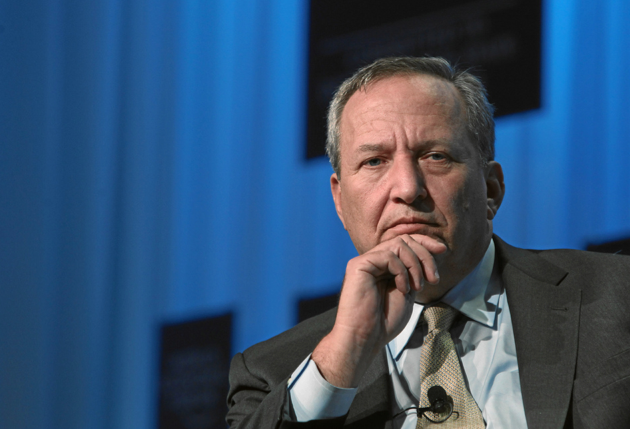 Update 2, Sunday September 15: Larry Summers has withdrawn his name from consideration as chairman of the Fed.

Update 1, Friday September 13: On Friday evening, Bloomberg reported that Larry Summers has severed his ties with Citigroup while the White House considers nominating him as Fed chair.

Former Treasury Secretary Larry Summers’ consulting gig with the banking behemoth Citigroup could come back to haunt him if he is nominated to succeed Ben Bernanke as chairman of the Federal Reserve. Bernanke’s term expires in January, and Summers and Janet Yellen, the central bank’s vice-chair, appear to be front-runners for the post, with media reports suggesting that President Barack Obama is fond of the controversy-prone Summers. But there may be a hitch with a Summers appointment. After Obama took office in 2008, he enacted sweeping ethics rules that say that no presidential appointee can work on matters directly related to a former employer for two years after taking a government job. That means that unless Obama grants Summers an exemption from the rules—a move that could be politically controversial—the former Treasury secretary will have to recuse himself from a slew of Fed decisions involving Citi, which is the third-largest bank in America. Experts say those recusals could hamper Summers’ ability to run the Fed effectively.

“Citigroup is a behemoth on Wall Street, and constantly subject to Fed regulatory actions,” says Craig Holman, the architect of Obama’s 2009 ethics rules and currently a government affairs lobbyist for the consumer watchdog Public Citizen. “I would expect Summers would have to recuse himself quite frequently.” He adds, “Recusal can be expected to be so frequent as to hinder Summers’ ability to carry out his job as Fed chairman.”

The Obama administration has granted dozens of ethics rules waivers since 2009, but they have mostly gone to lower-level appointees with limited conflicts of interest. Were Summers to be granted a waiver, according to Holman, it would be the most significant one yet.

If appointed, Summers might have to remove himself from consultations on penalties levied against Citi for things like sketchy foreclosure practices and inadequate anti-money-laundering protections. Nor would he be able to vote on post-financial crisis rules that Congress ordered the Fed to draft, including restrictions on CEO pay and guidelines for how much emergency capital Citi has to keep on its books. (The Fed board votes on all regulations, mergers, and applications to form new banks; it has voted 20 times so far in 2013. Penalty decisions are often delegated to staff or regional reserve banks, but the board consults on them.)

Neither the White House nor a spokesman for Summers would comment for this story.

Summers’ potential conflict of interest wouldn’t incapacitate the Fed. The six other governors on the Federal Reserve board would still be able to vote to approve regulations. And Obama’s ethics rules wouldn’t block Summers, who is a former director of Obama’s National Economic Council, from having a say on broader regulations mandated by the 2010 Dodd-Frank financial reform law that affect the biggest banks, including Citi. This would include the Volcker rule, which is supposed to limit high-risk trading by commercial banks.

But it’s difficult to see how working “on a rule that affects only Citi and its largest competitors” wouldn’t constitute a potential conflict of interest for Summers, says Marcus Stanley, policy director at the advocacy group Americans for Financial Reform. Michael Greenberger, an expert on financial markets and professor at the University of Maryland school of law, agrees: “Whatever he does for everybody, he does for Citigroup.”

“Even if there’s not a formal conflict,” Greenberger adds, “there is an appearance of conflict.”

Citi isn’t the only Wall Street entity that has hired Summers. He also has done consulting work for a number of smaller financial firms, including the hedge fund D.E. Shaw and the venture capital firm Andreessen Horowitz. If he gets the job, he’d have to step aside if they have business before the Fed. (Summer has also made money giving speeches at top financial firms, including JPMorgan Chase, Merrill Lynch, and Goldman Sachs, but speechifying is not considered employment under Obama’s ethics rules.)

Yellen, the other main contender for Fed chair and the underdog in this race, has no Wall Street hang-ups. She has spent the past 20 years at the Fed.

Holman says Summers’ potential conflicts of interest should trouble the White House. “You’d expect that if he represents a behemoth and has to recuse himself so frequently, that should be a factor in considering not appointing him.” But Sanford Weill, the architect of the merger that created Citigroup and its chairman until 2006, is not worried. On Tuesday, he noted that that he has “unbelievable confidence” in Summers’ ability to do the job.