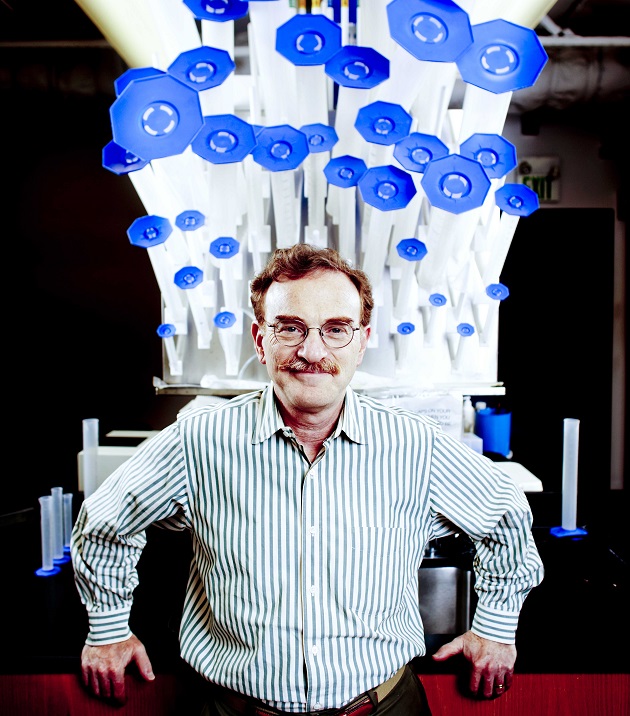 When Randy Schekman attended the University of California-Los Angeles in the late 1960s, getting a good college education was unimaginably cheap. Student fees were just a few hundred dollars; room and board was a few hundred more. “I could work a summer job and pay myself for the whole school year,” says Schekman, now a cell biologist at the University of California-Berkeley.

On Monday, Schekman was awarded the Nobel Prize in medicine for his pioneering research on how cells transport proteins to other cells—a process fundamental to cellular communication.

Schekman’s college experience at UCLA, from which he graduated with a degree in molecular sciences in 1971, shifted him from wanting to pursue a career as a medical doctor to a fascination with scientific research. It was pivotal to his success—in science, the ultimate success. That’s why it’s so striking to hear Schekman say that as a Nobelist, he now wants to use his newfound influence to stand up for publicly funded higher education, which he considers to be “really in peril all over the country.”

In this episode of Inquiring Minds (click above to stream audio), Schekman explains that his dad, a middle-class father of five, “never had to pay virtually anything to educate his kids. That simply isn’t possible now, and it’s just tragic that this happened.” The numbers are staggering, particularly within Schekman’s own state of California. For example: 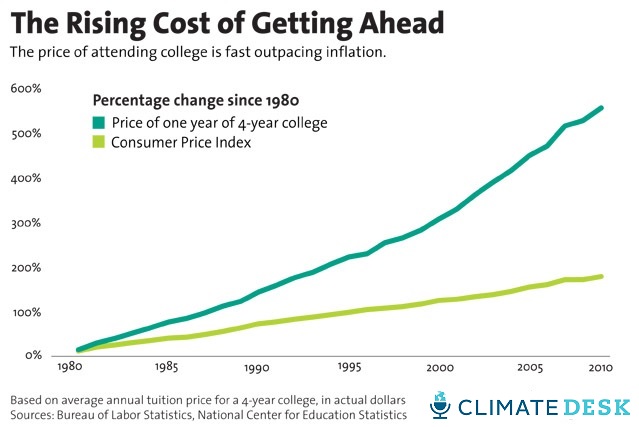 Those kinds of numbers trouble Schekman deeply. “If I have a little more influence this week than I had last week, I intend to use that,” Schekman says.

Schekman was recognized last week by the Nobel Committee, along with two other researchers, James E. Rothman and Thomas C. Sudhof, for research decoding how cells manage what you might call “traffic”: the complex flow of proteins, both inside and outside of their cell membranes. This is very basic research: Schekman did his most influential work on a unicellular organism, Baker’s yeast, uncovering genetic mutations that can affect the organism’s ability to secrete or release some of the proteins it has manufactured. 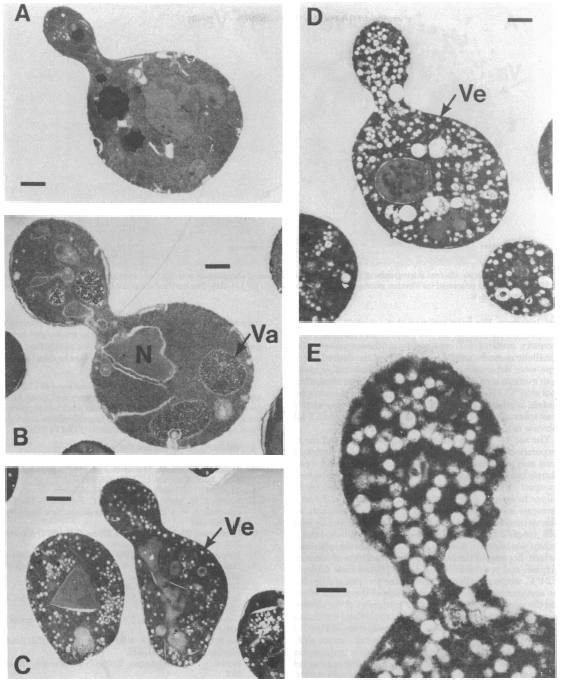 Retro Science: A figure from Schekman’s breakthrough 1979 paper, showing how vessicles—the sacs used to transport proteins in and out of cells—accumulate in mutant yeast cells. A and B show normal cells, while C, D, and E show mutations that markedly increase the number of vessicles (Ve) in the cell.  Novik, P, Schekman, R: “Secretion and cell-surface growth are blocked in a temperature-sensitive mutant of Saccharomyces cerevisiae.” Proc Natl Acad Sci USA 1979, 76: 1858-1862.

This turned out to be the first step in defining a “secretory pathway,” regulating how the proteins created in cells are moved out of them, thereby allowing cells to communicate with one another. The science has large medical implications: The Nobel committee cited examples including diabetes and immune disorders and neurological diseases, all of which can result from faulty cellular transport processes.

The Nobel Committee’s recognition of this type of research takes on a much larger symbolic meaning today than it might have had in prior years: The government shutdown and the sequester have hit science labs hard across the country, halting research and stagnating progress. More generally, without obvious applications like developing vaccines or curing diseases, basic biological research has often taken a back seat in funding and attention. Yet clearly, the Nobel Prize committee begs to differ. All three science prizes announced this week have gone to researchers whose contributions are on quite fundamental science topics: cell signaling and transport, the elusive Higgs boson, and computer models of chemical reactions.

“The virtue of the Nobel is that more often than not, it celebrates basic science,” says Schekman.

On Inquiring Minds, then, Schekman in effect is making two closely related arguments: We need to restore public support for our universities, to help keep college affordable—and we need public support of very basic research, because it generates the baseline knowledge that, in turn, engenders new innovations and cures in private industry. Yet instead, we’re watching college students grow indebted, and scientists scramble as their funding becomes tightly constricted.

No wonder Schekman’s “passion about public higher education,” as he puts it, is so strong: He sees that it got him to where he is, and he wonders whether middle-class kids today will get the same chance. “I’ve come to realize how crucial to my life having that access to public higher education has been, for what I’ve done,” he says.

And the problem today, he says, is “not just in California, it’s in every state that has offered public higher education. We’ve gone away from that principle, and to the extent that I have any influence, I want to claw our way back.”

You can listen to the full interview with Randy Schekman here:

This episode of Inquiring Minds also features a discussion of the scientific accuracy of the new hit sci-fi film Gravity, and a controversy over the Nobel Prize in physics.