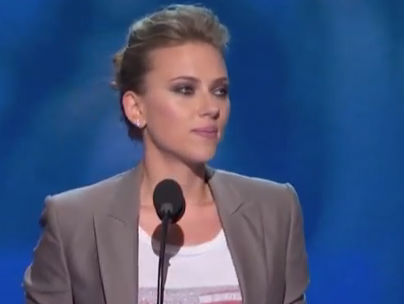 Last Friday, Planned Parenthood announced that they had enlisted three actresses to help them inform Americans about details of the Affordable Care Act. Scarlett Johansson, Aisha Tyler, and Gabrielle Union (all active in progressive politics) each recorded special phone messages to remind callers about Obamacare eligibility.

“We’re grateful that Scarlett Johansson, Aisha Tyler, and Gabrielle Union are lending their voices to help make sure that Planned Parenthood patients learn about the law and how it will benefit them,” Planned Parenthood president Cecile Richards said in a press release.

Each actress asks, “Did you know you may be able to enroll in new, more affordable health insurance plans?” and directs listeners to this website for more information.

In recent months, the Obama administration has also been active in celebrity outreach to help pitch the health care law, particularly to young Americans. In July, a cluster of Hollywood celebrities gathered at the White House for a chat on how they could help spread the word. In attendance—along with producers and writers—were big-name entertainers including Amy Poehler, Jennifer Hudson, Michael Cera, and Kal Penn. (Penn served stints as associate director for the Office of Public Engagement in the Obama administration and delivered this speech at the 2012 Democratic National Convention, where Johansson also spoke.)