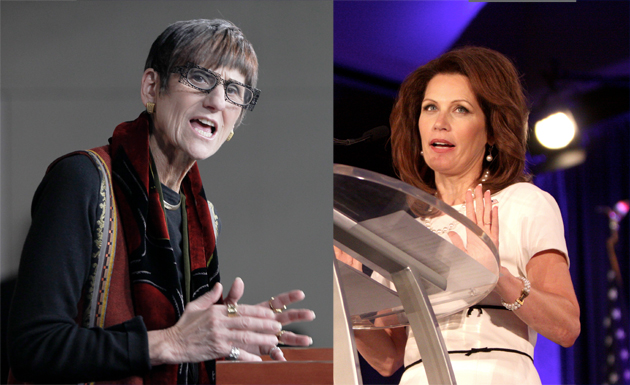 The Obama administration is nearing the end of negotiations on the biggest free trade deal in US history, the Trans Pacific Partnership (TPP). The stakes are high: The pact affects the United States and 11 other countries, domestic policy areas ranging from intellectual property rights to product safety and environmental regulations, and $26 trillion in annual economic output. But in order to secure the deal, President Barack Obama says he wants Congress to grant him permission to sign the final trade agreement, which Congress has not yet seen, without lawmakers having an opportunity to make any changes to the pact. A coalition of about 174 conservative Republicans and liberal Democrats in the House signaled this week they would likely vote against giving those trade powers to the president.

The US trade representative Michael Froman and Obama want to finalize the TPP by the end of the year and are pushing Congress to pass legislation soon that grants the president something called fast-track authority, which would allow him to sign the final trade agreement without Congress making any amendments to the pact. If Obama gets what he wants, Congress may not even be able to read the final version of the massive trade deal in its entirety until after lawmakers have signed away their rights to influence it. At that point, the two chambers will only be allowed an up-or-down vote to implement the international pact into domestic law. The administration says fast-track authority will assure other countries that the deal the United States has committed to after three years of negotiations won’t be dismantled by American lawmakers who dislike some of the provisions. No major trade agreement has been finalized without it.

But this week, about 151 House Democrats and 23 Republicans—many of them tea partiers—wrote letters to the administration saying this time they are unwilling to give the president carte blanche to “diplomatically legislate.” If a couple dozen more lawmakers join the unlikely group of Dems and GOPers, the House could have enough votes to shoot down fast-track and derail the TPP. If Obama doesn’t get the special trade powers, Congress will likely try to make some changes to the final pact, which could cause other countries to drop out of the deal.

In a letter sent Wednesday, Rep. Rosa DeLauro (D-Conn.) and about 150 of her colleagues said there has been too much secrecy surrounding the contents of this deal. They say they still don’t know what the TPP contains when it comes to things like food security, financial reform, and labor protections. The US trade representative consults with members of Congress if they have questions about the deal, but unless lawmakers read the text of the final agreement, they will not know exactly how the TPP affects domestic policy. “We are not just here to rubber stamp what gets done” by trade negotiators, DeLauro told reporters last month.

Many conservative Republicans—usually fans of free trade—feel the same way. “For two hundred years of our nation’s history, Congress led our nation’s trade policy,” Rep. Michele Bachmann (R-Minn.) and 22 Republicans in the House wrote in a letter sent to the president Tuesday. “However, recent presidents have seized Congress’ constitutional trade authority and also ‘diplomatically legislated’…using…’Fast Track.'”

“Conservatives have shown themselves to instinctively oppose anything coming out of the Obama White House. So their opposition is not surprising,” Adam Hersh, a trade expert at the liberal Center for American Progress, says in an email. But he adds that the Democratic opposition is new. “We’re seeing the culmination of dissatisfaction with persistent poor trading outcomes for the US economy” such as job outsourcing, he says, and the feeling that Congress has been “kept in the dark.”

Froman insists that fast-track “is not about Congress giving up its constitutional authority,” as he told reporters at a Politico event in late October.

Business groups like the Chamber of Commerce and many establishment Republicans who are often at loggerheads with the Obama administration have backed the president on fast-track authority. Sen. Orrin Hatch (R-Utah), the top Republican on the Senate finance committee, which is negotiating fast-track legislation, complains that Obama should have pushed Democrats harder. “What I’d like to see is the president to start publicly engaging about the importance of [fast-track]—especially with his own party,” Hatch told the Financial Times last week.

Securing fast-track authority has been difficult ever since its inception in 1974. In the late 1990s, Congress refused to grant President Bill Clinton the extra trade powers, even though Republicans controlled the House. In 2002, fast-track barely won approval under President George W. Bush. That fast-track authorization expired in 2007.

Hersh says it’s time for a rethinking of fast-track, because the global economy has changed. Today, trade deals do not just concern the moving of shoes and auto parts across borders as they did a couple of decades ago. Trade pacts now also affect domestic issues like environmental, public health, and safety regulations. “Agreements on such topics require vast rewriting of domestic laws, regulations, and standards to comply with negotiated agreements,” he says. “This is Congress’ job, and it should modernize its approach…to ensure broad interests and a voice for general well-being in the US are being represented.”