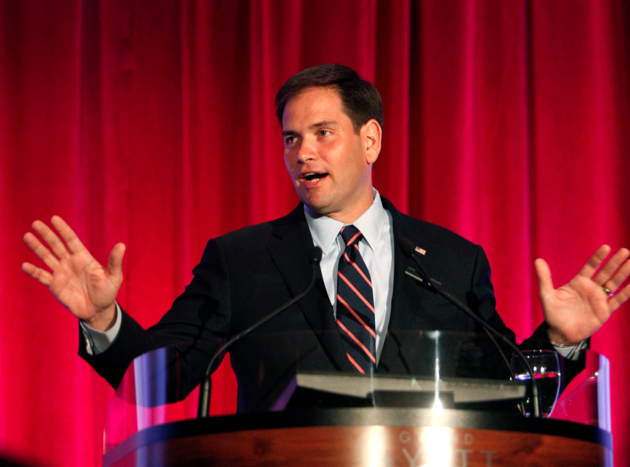 Among the more intriguing proposals in Sen. Marco Rubio (R-Florida)’s War on Poverty anniversary speech Wednesday was giving jobless people subsidies to move to low-unemployment areas. Sounds like a common-sense fix? Maybe—but Mike Konczal, a expert in unemployment and inequality at the Roosevelt Institute, says it would just move the problem around.

Here’s why. Even though some states and localities have sunnier employment rates than others, Konczal tells Mother Jones, that doesn’t mean there are more jobs available in those places. “States with low unemployment are often small states that are heavily agricultural,” he says. “There is not a lot of dynamic turnover… There are already unemployed people there who want those jobs” that are open. Konczal had a deeper analysis of this type of proposal on the Washington Post’s Wonkblog last August, noting that such relocation vouchers would also likely go to”people who are at the back of the job queue—long-term unemployed with low savings. These are populations that will have trouble finding work, and so it is likely that they’d just move to be at the end of the queue of another state.”

Kevin Drum has more on Rubio’s other proposals, including a government wage subsidy.