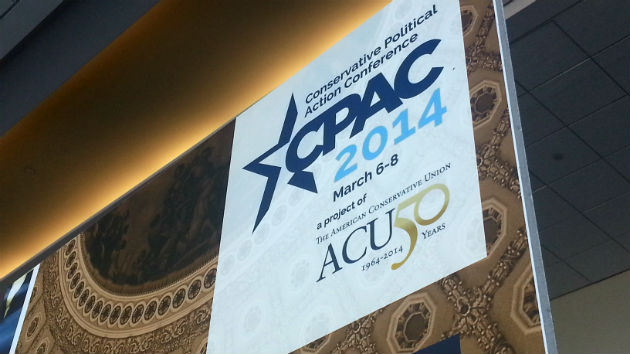 One of the issues looming large at the Conservative Political Action Conference (CPAC), the movement’s three-day confab held just outside Washington, DC, is the “scandal” over the IRS singling out tea party groups (and other nonprofits) for additional scrutiny during the 2012 election cycle. Senator Ted Cruz (R-Texas), who spoke first on the main stage this morning, opened his speech with a jab at Lois Lerner, the ex-IRS official at the heart of the trumped-up controversy that has yielded no evidence to back up the right-wing claim that the White House sicced the IRS on tea partiers. (Lerner appeared for a second time before the House oversight committee yesterday, where she pled the Fifth Amendment.)

But Cruz’s zingers paled in comparison to what Tom Fitton, the president of the conservative watchdog group Judicial Watch, said at a panel titled “IRS Targeting Scandal: Protecting the Voice of the People”:

People are dying in the streets in Ukraine. People being oppressed by the political regime. That’s what the IRS was doing.

To refresh, at least 75 people were killed in the protests in Kiev, the bloodiest period in the country’s history since the fall of the Soviet Union. Soon after, Russian military forces invaded and essentially seized the Crimean peninsula in southern Ukraine. In response, Western countries have imposed sanctions against people and organizations accused of challenging Ukraine’s sovereignty. In short, it’s a crisis of international proportions. The IRS controversy is not. This supposed scandal has, however, briefly resuscitated the flagging tea party, which may explain the movement’s continued obsession with the issue.