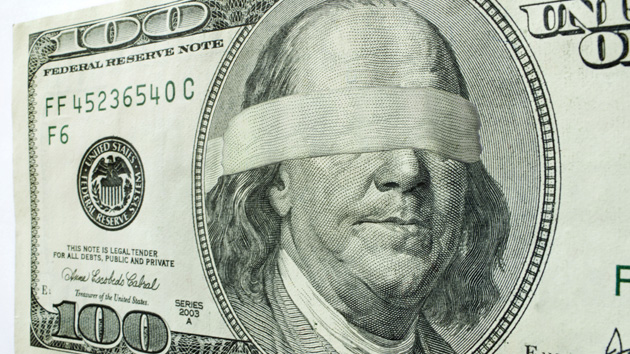 In December, the Internal Revenue Service and the Treasury Department issued a set of much-needed guidelines that spell out how the IRS should assess the applications of political organizations seeking non-profit status. Groups that receive a 501(c)(4) designation are allowed to raise tax-exempt funds without revealing their donors, all the while spending those donations on campaign ads and other election-related activities. Political spending isn’t supposed to be the primary activity of those organizations, but where that line is drawn has been murky. That lack of clarity has allowed groups like Karl Rove’s Crossroads GPS to hide its donors and still devote most of its resources to influencing elections in one form or another.

These new rules explicitly define what constitutes “political activity.” However, as my colleague Andy Kroll explained when these rules were released, they are only half measures, a minor improvement on the status quo but not a landscape-altering shift that will prevent millionaires who want to hide their contributions from donating to dark-money groups.

But even this half-hearted attempt at reform is enough to rile up the Republican politicians who have profited from the current lack of enforcement. Eleven GOP leaders from both chambers of Congress—including Sens. Mitch McConnell and John Cornyn along with Reps. John Boehner and Eric Cantor—have penned a letter to IRS head John Koskinen, urging him to block the new guidelines. “This rule would redefine political activity so broadly that grass-roots groups all across the country will likely be forced to shut down simply for engaging in the kind of non-partisan educational activities the 501(c)(4) designation was designed to support,” the letter says.

The Republicans questioned the motivation and timing of the new rule, claiming that issuing these regulations right before the 2014 midterm election represented ill will on the agency’s part. “This proposed rule is an affront to free speech itself,” the letter continues. “It poses a serious and undeniable threat to the ability of ordinary Americans to freely participate in the democratic process.”

That language is especially loaded in light of a measure slipped into the spending bill that Congress passed last month. That omnibus funding bill forbade the IRS from using any funds to “target citizens of the United States for exercising any right guaranteed under the first Amendment.” The vagueness of that statue left tax experts concerned about its implications, and it looks like Republicans are ready to jump to conclusions that the IRS is harming the right to free speech.

The GOP letter is littered with references to the scandal that enveloped the IRS last year, when conservatives claimed that the agency maliciously targeted groups based on ideology. “As you know, the reputation of the Internal Revenue Service (IRS) is at an all-time low in the eyes of the public it exists to serve,” the letter ominously opens. Those allegations of politically-biased misbehavior have proved unfounded, but Republicans are intent on exploiting the public perception of corruption they’ve manufactured. And that drummed-up-controversy just might prevent the IRS from fulfilling its responsibility to rein in political non-profits.