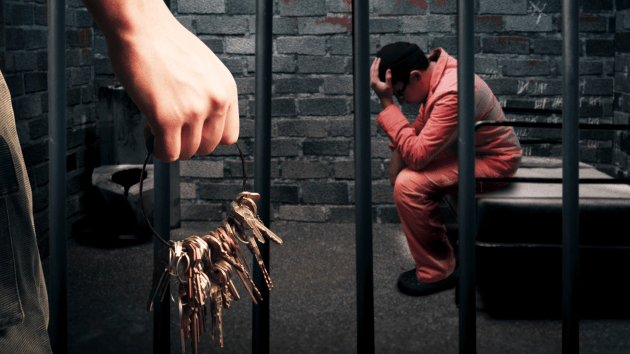 An Ohio juvenile correctional facility placed a child, who was on suicide watch and psychiatric medication, in solitary confinement for 1,964 hours between April and September of last year, according to the Department of Justice. Referred to as “K.R.” in court documents, the boy’s longest uninterrupted stretch of solitary confinement lasted about 19 days. And his experience isn’t unique: Four juvenile correctional facilities in Ohio imposed almost 60,000 hours of solitary confinement on 229 boys with mental-health needs in the second half of 2013, according to the government agency.

These details, and other harrowing accounts, are included in a March 12 lawsuit filed by the the Justice Department against the state of Ohio, Republican Gov. John Kasich, and others, on the basis that the state’s excessive use of solitary confinement among children with mental-health issues is unconstitutional. The lawsuit names four state juvenile correctional facilities that are engaging in confinement practices that “will cause irreparable harm to these youth,” according to the agency. “The way in which Ohio uses seclusion to punish youth with mental health needs victimizes one of the most vulnerable groups in our society,” Jocelyn Samuels, acting assistant attorney general for the Justice Department’s Civil Rights Division, said in a March statement. 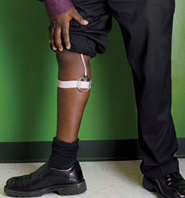 “We have a responsibility to provide a safe environment for youth and staff, and seclusion is used as a last resort to maintain safety and order so that we can help youth change their lives,” Frances Russ, a spokeswoman for the Ohio Department of Youth Services, which is named in the lawsuit, tells Mother Jones. Under the agency’s policy, youth placed in seclusion are supposed to be checked visually by staff every 15 minutes and visited daily by personnel. Russ couldn’t comment on whether this protocol was followed in the case of K.R. and other children mentioned in the lawsuit. The Justice Department notes that at one facility, mental-health staff visited briefly each day, but did not deliver adequate treatment.

In the past few years, there has been growing research on the harm solitary confinement inflicts on adult prisoners. A United Nations expert on torture said in 2011 that solitary confinement should never be inflicted on adults for more than 15 days, noting that scientific studies have documented mental damage after only a few days in isolation. Mother Jones contributor Shane Bauer, who spent four months in solitary confinement in Iran, has called solitary confinement in US prisons comparable to the horrific conditions he experienced abroad, if not worse—people regularly spend years or decades in solitary in the United States. But while solitary confinement of adults has recently gotten some attention, the seclusion of children is a practice that largely still occurs in the dark. “No one knows exactly what is happening to children behind bars, and no is accountable,” says Amy Fettig, senior staff counsel for the ACLU’s National Prison Project (NPP). “If this harms adults so terribly, what does it do to kids who are still growing and developing?”

The Justice Department has recently started taking action on solitary confinement of juveniles, as part of the Obama administration’s push to stop discrimination against mentally disabled Americans. In addition to the Ohio case, in February, the Justice Department intervened in a case against Contra Costa County, California, over the solitary confinement of children with disabilities in juvenile hall. In one example, a 17-year-old was placed in a solitary confinement for 60 days because he was hearing voices, and eventually “began smearing feces in his cell” and suffered a psychotic break, according to the agency.

As Alison Parker, director of the US Program at Human Rights Watch explains, children with mental illness or disabilities often have a difficult time following the rules, so they’re the first to be put in isolation. “The irony is that placing them in seclusion can exacerbate the same illness that led to the behavior,” she says. According to research released by the Justice Department, more than 50 percent of suicides of children detained at juvenile facilities occurred while they were isolated alone in their rooms.

The Justice Department’s Ohio lawsuit is an expansion of a previous complaint. In 2008, Ohio agreed to reform two juvenile correction facilities after the Justice Department found numerous problems, including the overuse of solitary confinement. Since then, one of those facilities closed and the other is closing. But last week, a US District judge granted the Justice Department’s request to expand the lawsuit to additional facilities. The judge ruled that there were “new and more serious violations of the constitutional rights of youth via the excessive use of seclusion and denial of adequate mental health treatment.”

The Department of Justice also sought a temporary restraining order to stop the state from putting children with mental-health needs, like K.R., in solitary isolation for more than three consecutive days while the lawsuit is ongoing. The order has not yet been granted. In January, an attorney cited in Justice Department legal documents who interviewed K.R. noted that, “Staff and the client both reported that he bangs his head frequently. He had fresh head injuries as I spoke to him. Something drives him to self destructive behavior and whatever has been tried so far does not seem to be working.”

Ohio is fighting the request for a restraining order, arguing that the state is already largely complying with the Justice Department’s requirements, and “at the very least, there is no constitutional violation.” Asked whether K.R. and other at-risk youth designated by the Justice Department are still being put in solitary confinement as of this writing, Russ said, “When seclusion is used, youth continue to receive all services including education, behavioral health services, recreation, and more.”

Ohio doesn’t have a law on the books barring solitary confinement of kids in juvenile detention centers or correctional facilities. At least seven states have restrictions in place, but most don’t. And it’s a practice that’s widespread across the United States. Sen. Dick Durbin (D-Ill.) called for an end to the practice among juveniles, the mentally ill, and pregnant women in a hearing last year, but, so far, no such federal law exists. Ian Kysel, a fellow at the Georgetown Law Human Rights Institute who testified at Durbin’s hearing, says that the solitary confinement of children is nonetheless illegal under federal and human rights law.

The Justice Department argues that children in solitary in Ohio aren’t always getting adequate education and mental-health treatment. Advocates say that it’s hard to know what happens in facilities in the United States, because data is scarce.

Civil liberties organizations interviewed children serving time in adult prisons who had been subject to this form of isolation in 2012. “There is nothing to do so you start talking to yourself and getting lost in your own little world. It is crushing,” Paul K, who spent 60 days in solitary when he was 14, told the researchers. “You get depressed and wonder if it is even worth living.” A teen held at Rikers Island in New York—which, as a city facility, is exempt from the state’s ban on solitary confinement—recently told the Center for Investigative Reporting that his longest stretch in “the box,” a six-by-eight-foot cell, lasted four months. “There’s so many people that have been in that cell and screamed on that same gate, it smells like a bunch of breath and drool.”