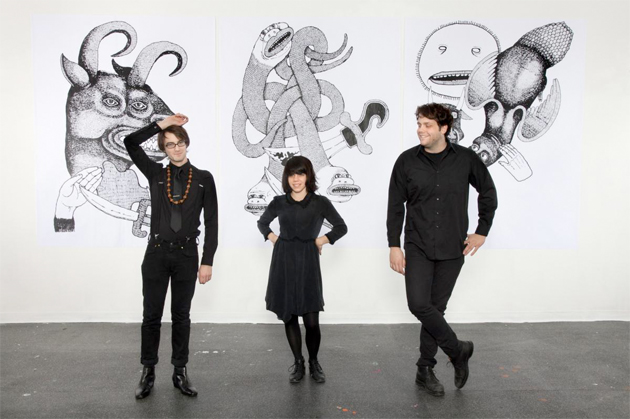 In pop music, there’s plain old noise, which can be plenty of fun, and then there’s smart noise, which can be even more fun. On The Future\’s Void, her stunning sequel to Past Life Martyred Saints, EMA (Erika M. Anderson) unleashes a thrilling sonic firestorm that defies simple categories. Think Kate Bush’s luminous chamber pop on steroids, turned inside-out by a healthy dose of punk aggression and filtered through damaged electronic effects. Howling, snarling and sometimes singing, the South Dakota-bred Anderson rails against cultural norms (“So Blonde”), takes a cue from cyber-prophet William Gibson (“Neuromancer”) and embraces the bizarre (“Cthulu”), with consistently riveting results.

Staking out more familiar turf, Screaming Females’ blazing Live at the Hideout finds fleet-fingered guitar goddess Marissa Paternoster, the New Jersey band’s only female member, in stellar form at a Chicago club. Screaming Females’ furious attack suggests an old-fashioned power trio tempered by a less heavyhanded indie-rock sensibility, often recalling the late, great Sleater-Kinney. As a singer, Paternoster shouts with engaging flair, but when she rips off a series of blistering licks—check out “It All Means Nothing” or “Baby Jesus”—she’s flat-out amazing.