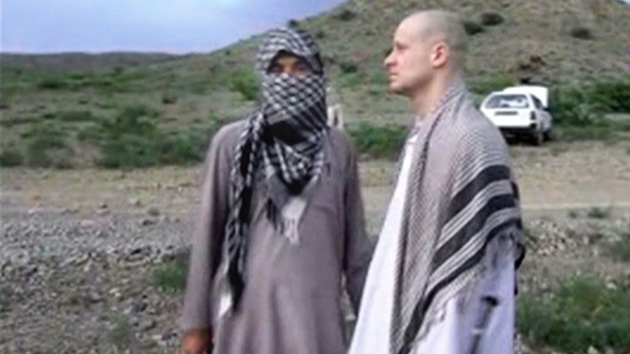 Bowe Bergdahl, you are now free, but many of your problems are just beginning. You have left a world of extreme isolation and entered one that is vastly more complex. It will be hard for you to adjust. Anyone who spends a significant amount of time as a prisoner comes out handicapped. This would be true whether you were held by the Taliban or anyone else. And along with all that, you will have to cope with being an odd celebrity.

You will have infinitely more support than most prisoners do when they are released. People will recognize you on the street and welcome you home. But you’ll soon discover that others, in op-eds, blogs, and emails, say terrible things. You’ll find that many are blaming you for your own captivity. Ironically, these are generally people who feel very strongly that your captors are their enemies. Some of them think you should be punished further. You’ll see that many blame you for the deaths of American soldiers, rather than blame the war itself. Blaming the victim is always a way to protect the powerful.

When you get back to the United States, people will ask you over and over, in confidential and heartfelt tones, how you are doing. When they ask, they will look you in the eyes to show you they understand. You will not be able to give an answer that feels true, possibly because you will grow annoyed with such questions, but also because “great” and “awful” will probably both be true at once, though you won’t really understand the awful part.

For years to come, people will tell you dreadful things they’ve been through when they first meet you.

You will get unreasonably angry at times, even when your life is good. You will carry a strange tension around that you never felt before, one that is unlike the anxiety and fear you felt in captivity. You might develop new nervous ticks. You’ll probably feel tempted to drink more than usual. You might have problems with your memory.

Chances are you will feel anxious in crowds. It may be hard for you to make choices for a while without being told what to do. You will be wracked with guilt for a thousand things. That, or you’ll feel nothing. There will be something you’ll come to miss about captivity, though you might keep this a secret—there, the source of your problems were clear. Now that you’re free, they won’t make sense.

Some people—strangers—will become oddly emotional around you. You’ll come to learn that some relate their own crises to yours and they’ll look to you for answers that you won’t possess. You’ll find that the person many see when they look at you isn’t really you, and this will be awkward.

Some will relate to you as a hero for walking off the military base (if that is what you in fact did; we don’t yet know), which might feel supportive, but also uncomfortable. Some will treat you as a hero for being a soldier, which, if you were in fact disillusioned with the military, might also make you uncomfortable. You will come to understand that you are now a symbol and a story, and you’ll need to relearn how to be a person.

For years to come, people will tell you dreadful things they’ve been through when they first meet you. Some will preface their stories by saying things like, “Of course this doesn’t compare to your situation, but…” Others won’t preface anything. Some will probably tell you things far worse than anything you’ve ever experienced. Eventually, strangers will forget your face and you’ll enjoy your anonymity (while missing the attention).

You’ll find yourself trying carefully not to bring up your captivity, not because you have such a hard time talking about it, but because you want to enjoy your dinner or the party or the company of friends without someone telling you yet another terrible story. You’ll learn how to condense your own experience into sound bites that can wrap everything up in a few minutes and leave the listener feeling satisfied.

It’s impossible to say what is best for another person, but what helped me when I was released after 26 months of captivity in Iran was to find others who have been through similar experiences. Through them, you will see that your confusion is not unusual. When I got out of prison, I found solace in conversations with other Americans who had been wrongfully detained, from Nicaragua to Afghanistan.

I also connected with people who were wrongfully convicted in the United States, some getting out after more than 20 years behind bars. I related to a former Guantanamo detainee, Ahmed Errachidi, who was detained without trial, did three years in solitary, and was released six years after being captured. When I called him up in Morocco and he told me he was having a hard time feeling happy, feeling like he had his life back, I felt less alone.

You will think that you are permanently damaged. You are not. It will be hard at first to make your own decisions, but you will learn.

More likely than not, you will give a press conference or interviews at some point. If you do, you will find that many want to shape your story for you, and this will be hard to navigate. You’ll also realize that, for most everyone else, your story hinges on a moment four years ago—did you, or did you not walk off the base?—as if that would explain everything. Embedded in the question will be a subtle suggestion that if you did, you might have deserved being held captive for four years with the Taliban. This question will be disappointing, though you will answer it so many times that your answer will become rote. For you, of course, the moment you were taken captive will feel like the distant past.

If I could say one thing to you, it would be this: Getting free is complicated. It is difficult. Sometimes unbearable. But this will pass. Just like you slowly adjusted to being a prisoner, you will slowly adjust to being free. And several times, you will think you have adjusted, then you will realize that you haven’t.

This will keep happening, for so long that you will think that you are permanently damaged. You are not. It will be hard at first to make your own decisions, but you will learn. People will want you to do things that you don’t want to do, even people close to you. You don’t need to do them. Your decisions are no longer matters of life and death. You are free now.

If you want to chat, hit me up. Seriously.

P.S. To my fellow journalists:

It would be nice—though its hard to imagine—if the media didn’t descend on Bowe Bergdahl like a pack of wolves. When I was released from Iran, some journalists tried to squeeze their way onto my flight home. One tried to embed with our families as they waited for Josh’s and my release, even though our relatives were very clear that they did not want this.

There are some things more important than a scoop. Nothing special will be added to the world if you are the first person to interview this man; you will only satisfy your own ego. He is new to the world. He is going through the slow process of coming to grips with freedom, to being able to function on his own. Don’t prey on him. Give him a chance.