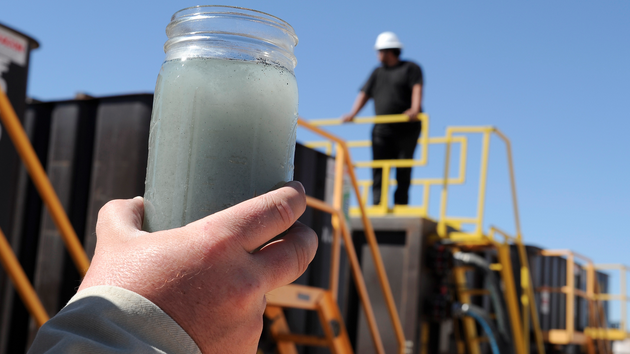 North Carolina lawmakers have softened a controversial bill that would have made it a felony to disclose the chemicals used in fracking. Under the version of the law that passed the state legislature on Thursday, the offense has been knocked down to a misdemeanor. But legal experts say the language may still allow companies to press criminal charges against individuals who disclose what they learn about fracking chemicals—including doctors or fire chiefs.

Known as the “Energy Modernization Act,” the legislation is partly meant to establish protocols for firefighters and health care providers to access information about chemicals during emergencies. However, it also gives oil and gas companies the right to require emergency responders to sign confidentiality agreements. The previous version of the bill, which was introduced on May 15 by three Republican state senators—?including a member of North Carolian GOP leadership—called for fines and prison time as punishment for disclosing proprietary chemical formulas.

Following widespread public outcry, lawmakers have reduced the penalty to community service. But they failed to clarify confusing language from an earlier draft that might subject fire chiefs and health care providers to criminal charges. This provision could prevent emergency responders from speaking about their experiences with chemical accidents to colleagues—even when the information is relevant to emergency planning or patient care.

How much the public is entitled to know about chemicals injected into the ground during the fracking process to break up natural gas-rich shale formations is one of the hottest issues surrounding fracking. Most energy companies maintain that the information should be proprietary. Public health advocates counter that they can’t monitor the environmental and health impacts without knowing what chemicals are involved.

Many North Carolina officials have come down hard on the side of industry. As Mother Jones has reported, the North Carolina Mining and Energy Commission, which is writing fracking regulations to complement the Energy Modernization Act, put off approving a near-final chemical disclosure rule because Haliburton—a major player in the fracking industry?—complained that the proposal was too strict.

The current version of the act sailed through the North Carolina legislature with no debate. Following the bill’s passage last Thursday, Gov. Pat McCrory told reporters that he “absolutely” supports the legislation. This week, he’s expected to sign the measure into law.