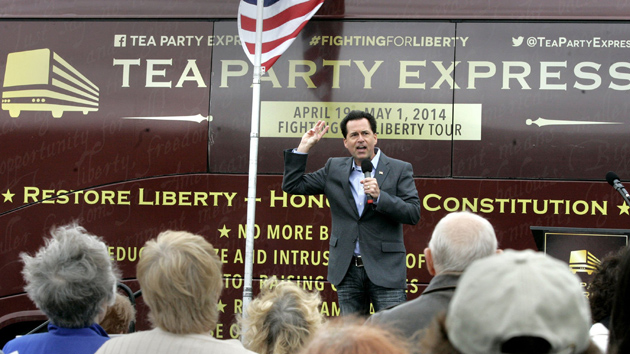 Unseating an incumbent senator is always difficult, but Sen. Pat Roberts (R-Kan.) presented an enticing challenge. In an interview with the New York Times, Roberts said he sleeps on a friend’s recliner on the rare occasions he returns to Kansas. Later, in a radio interview, he admitted that he tries to return to Kansas “every time I get an opponent.” Roberts might have been in trouble against a serious challenger. Instead he faced political newcomer Milton Wolf, whom he dispatched by 7 points on Tuesday.

Wolf’s qualifications as a Kansas tea party activist began with his family tree. He is a second cousin of President Barack Obama—whom he compared to Hitler—and a doctor, qualifications that earned him invitations to appear on cable news and talk radio to critique the Affordable Care Act as an unconstitutional attack on Americans’ liberties. But Wolf’s hopes of becoming the next great conservative insurgent candidate died in February at a Topeka diner, where a reporter from the Topeka Capital-Journal confronted him about images on his Facebook page (deleted before the campaign) of X-rays he’d taken of gunshot victims. Although billed as a tea party vs. establishment showdown, the Roberts-Wolf race was more of a referendum on social-media protocol. And in Kansas, the verdict is clear: You shouldn’t post X-rays of gunshot victims on Facebook. —T.M. 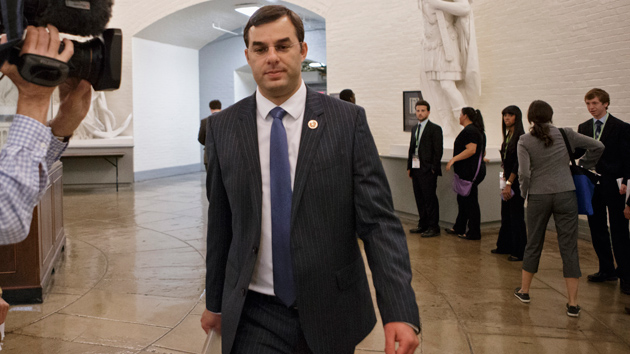 The GOP’s business establishment talked openly about making conservative hardliners pay for pushing Washington toward a debt ceiling crisis last fall. But that wave of Chamber of Commerce-funded primary challengers to conservative incumbents never materialized. The Chamber settled on trying to take out Rep. Justin Amash (R-Mich.), a second-term congressman and Ron Paul disciple famous for voting “no” on pretty much everything—even the Paul Ryan budget—and for cobbling together a bipartisan coalition to rein in the NSA’s domestic surveillance programs. It was the first part that drew the ire of business interests in his district, and the second part that made him the villain in one of the year’s nastiest campaign ads. Amash, challenger Brian Ellis warned, was “Al Qaeda’s best friend” in Congress.

Ellis received a rare primary endorsement from an incumbent member of Amash’s Michigan delegation, GOP Rep. Mike Rogers, an NSA defender. But we’re not in 2002 anymore; it turns out Amash’s civil libertarianism plays pretty well in the western Michigan district that gave America Gerald Ford. Boosted by deep-pocketed donors of his own (including the DeVos family), Amash eased past Ellis, making him a sure-thing to win a third term in November. —T.M. 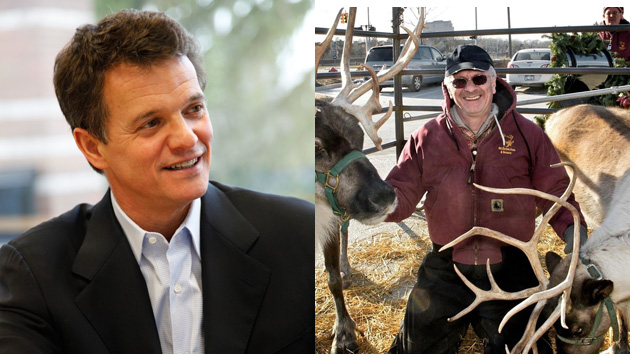 The War on Christmas seems to comes earlier every year: Rep. Kerry Bentivolio (R-Mich.), a Santa impersonator who was elected to Congress by accident in 2012, was defeated in a 30-point landslide on Tuesday, becoming this year’s first (and probably only) victim of the Republican establishment’s dissatisfaction with congressional tea partiers.

Bentivolio won his party’s nomination two years ago in a fluke after the incumbent, Rep. Thad McCotter, failed to qualify for the ballot and abruptly resigned. (A high school teacher and reindeer rancher, Bentivolio was the only Republican left on the ballot.) Bentivolio never fully sold himself as a serious congressman—he once promised to hold a hearing on chemtrails, the conspiracy theory that airplanes are brainwashing Americans with poison—making him an obvious target, despite winning the backing of Speaker of the House John Boehner.

More interesting than Bentivolio, who always had a placeholder feel to him, is the man who trounced him the primary—David Trott, a high-powered Republican donor whose law firm happens to process most of Michigan’s foreclosures. As one registrar of deeds in southeast Michigan put it in December, Trott & Trott “made a living off of monetizing human misery.” A big donor to the pro-Romney super-PAC Restore Our Future, and a member of the 2012 GOP presidential nominee’s Michigan finance committee, Trott is an archetypal establishment Republican.

But he’ll still have his work cut out for him: Romney won the 11th District by just 4 points in 2012. He’ll take on the winner of the Democratic race between former CIA analyst Bobby McKenzie (backed by national Democrats) and urologist Anil Kumar. —T.M. 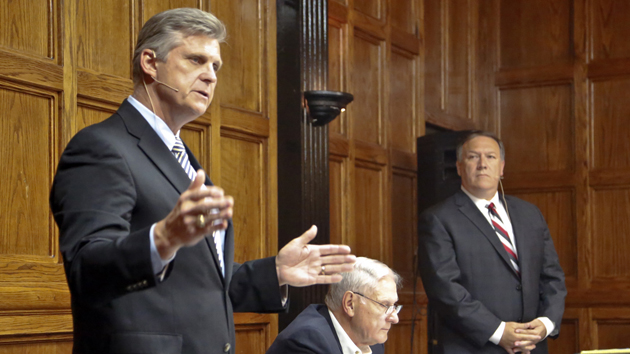 Rep. Mike Pompeo (R-Kan.) withstood a challenge from his predecessor, former Rep. Todd Tiahrt, in a battle for the House district that’s home to Charles Koch, the billionaire GOP donor and industrialist, and his company, Koch Industries. Tiahrt was a close ally of Koch Industries during his House tenure in the ’90s and 2000s, taking in more than $329,000 from the company’s PAC and employees over the course of his career. But Pompeo—whom Tiahrt handpicked to replace him when he ran for US Senate (and lost) in 2010—has since become Koch’s favorite son. The company endorsed Pompeo this time around. Koch’s backing boosted the incumbent’s monetary advantage. As of July 16, Pompeo had raised a little over $2 million, while Tiahrt had only drawn $155,000 (with just $65,000 left in the bank).

Pompeo was the incumbent, but his success is actually a win for the tea party. As a congressman, Tiahrt was a founding member of the House tea party caucus. But for his comeback attempt, he ditched his prior conservative persona and ran as a moderate, even populist Republican, arguing for the reinstatement of earmarks and questioning Pompeo’s support for NSA spying. Conservative groups, including the Club for Growth, FreedomWorks, and Americans for Prosperity lined up to support Pompeo, a tea party favorite since he joined the House in 2011. There won’t be a revival of moderate conservatism in Kochland anytime soon. —P.C.