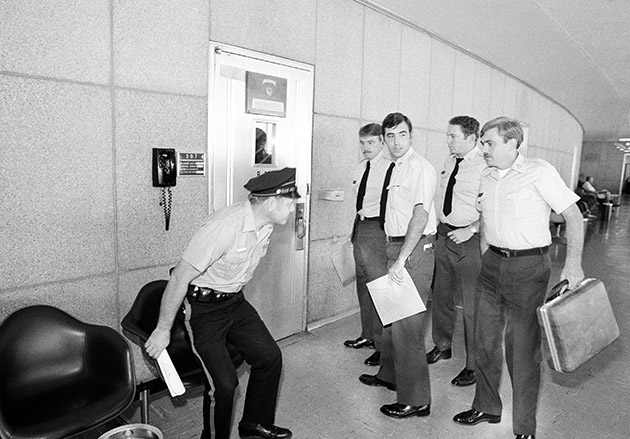 A group of uniformed men, who acknowledged they were military air traffic controllers, stand at the door which leads to the tower of Washington’s National Airport, as a guard rises to let them in. The Reagan administration claims its firings of striking air traffic controllers have broken the strike, partly due to the work of military controllers. Jeff Taylor/AP

Just days after members of the Professional Air Traffic Controls Organization (PATCO) went on strike, President Ronald Reagan declared the strike illegal under the Taft-Hartley act. Reagan ordered the 13,000 striking air traffic controllers to return to work within 48 hours. On August 5, 1981 Reagan fired over 11,000 workers who refused to return to work. PATCO, who supported Reagan in the 1980 election, was decertified as a union and the fired workers were banned from holding federal jobs ever again. It took the FAA close to ten years to return staffing to its normal level. Some former air traffic employees were eventually rehired. Military air traffic controllers also worked as replacements until new controllers could be trained. In 1993 Bill Clinton lifted the civil service ban on former strikers. 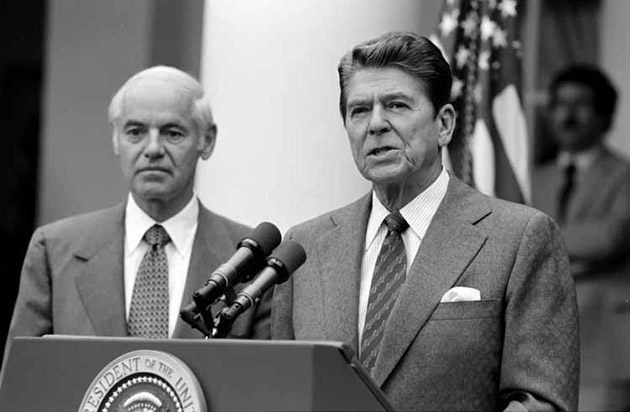 President Reagan with US Attorney General William French Smith making a statement to the press regarding the air traffic controllers strike from the Rose Garden. White House Photo/Ronald Reagan Library