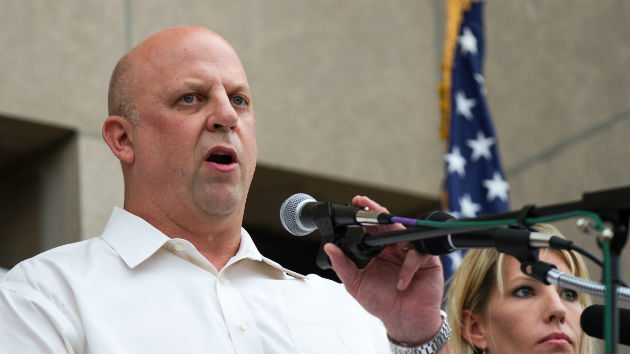 Voters in Tennessee’s fourth congressional district sent a clear message to future Republican candidates on Thursday: If you pressure your mistress to get an abortion, you might (eventually) lose your job for it you can get away with basically anything.

Rep. Scott DesJarlais, who pressured a woman—one of two patients he admitted having affairs with—to get an abortion in the 1990s, appears to have narrowly avoided becoming the fourth Republican incumbent to lose a primary this year. With 100 percent of precincts reporting on Thursday, he led state Sen. Jim Tracy by 35 votes—34,787 to 34,752. (The results are not official and a recount is possible, although the state has no law mandating one in such circumstances.) The abortion revelation emerged after DesJarlais’ 2012 primary, when the only thing standing between him and reelection in the deeply Republican district was a token Democratic candidate in the general election.

But after his reelection, the dominoes continued to fall. Divorce transcripts released two weeks after the race revealed that he and his first wife had decided to abort two pregnancies. That proved a problem for the congressman, who is adamantly pro-life: Per his website, “Congressman DesJarlais believes that all life should be cherished and protected. He has received a 100% score by the National Right to Life Committee (NRLC), the oldest and the largest national pro-life organization in the United States.”

This year, the congressman faced a serious challenge from Tracy, who entered the race almost immediately after DesJarlais returned to Washington. As Jason Linkins notes, Tracy didn’t make DesJarlais’s past a focal point until July, although when he did, he went all in. Per the Chattanooga Times Free-Press:

The front of the mailer depicts wooden toy letter blocks spelling “baby,” and goes on to say, “Abortions. Affairs. Abuse of Power. We can’t trust DesJarlais to Fight for Our Values.”

Having an affair with your patient is pretty creepy, and attempting to deny reproductive rights to women after privately advocating for women to get abortions is kind of a weird thing to put on your resumé. On the other hand, DesJarlais did produce this ad once, in which two good ol’ boys play checkers while talking about how awesome he is: