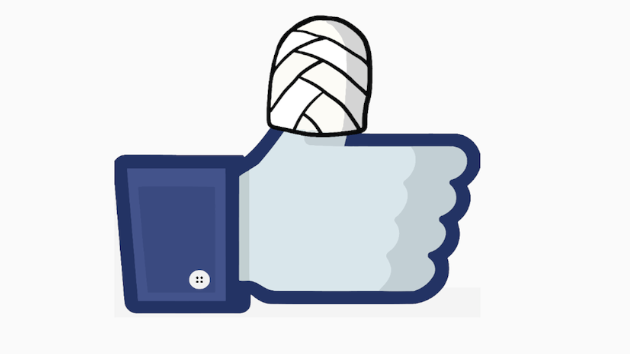 Fun fact about Facebook: You should be discerning with the Like button because the News Feed algorithm is pretty sensitive. This can be a struggle because logging onto Facebook is a bit like hiking up a very tall mountain with Satan. It shows you the world and says, “all these things I will give you if you fall down and Like them.” Facebook gives you an unending slew of opportunities to Like things because the more you Like, the more accurate the algorithm gets at predicting what you want to see in your News Feed. In general, it’s pretty good at this. However, it makes a few assumptions about your Like. The assumptions are (1) that you actually Like the posts you Like—you may not like some bad breaking-news alert, but you like that you received it, you like that you received it from the page that posted it; and (2) you are somewhat picky about what you Like. Maybe not too picky! But picky. If you Like everything, you Like nothing and it’s all meaningless.

What happens though if you Like everything? Every Candy Crush request? Every political post? Every bad joke? Every marriage announcement? Wired‘s Mat Honan gave it a shot and the answer is, well, things get crazy:

My News Feed took on an entirely new character in a surprisingly short amount of time. After checking in and liking a bunch of stuff over the course of an hour, there were no human beings in my feed anymore…Nearly my entire feed was given over to Upworthy and the Huffington Post…As I went to bed, I remember thinking “Ah, crap. I have to like something about Gaza,” as I hit the Like button on a post with a pro-Israel message.

By the next morning, the items in my News Feed had moved very, very far to the right. I’m offered the chance to like the 2nd Amendment and some sort of anti-immigrant page. I like them both. I like Ted Cruz. I like Rick Perry. The Conservative Tribune comes up again, and again, and again in my News Feed. I get to learn its very particular syntax.

The syntax he identifies will look familiar to anyone has spent any time on Facebook lately. The whole article is pretty interesting. Go read the whole thing.