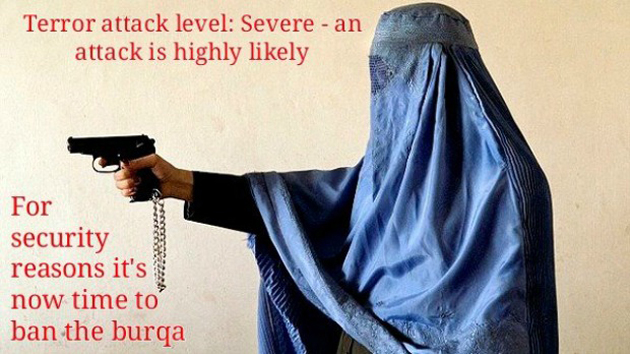 Malalai Kakar was a police officer in Afghanistan. She was also a mother of six, a feminist, and a fearsome threat to the Taliban, who gunned her down in 2008. You would know some of Kakar’s story if you’d come across Lana Šlezic’s captivating photography of women in Afghanistan in Mother Jones and other publications. But the right-wing Britain First party recently co-opted a photo of Kakar—taken in 2005 just before she headed out on a raid to free a kidnap victim—using it as propaganda in the online “ban the burka” campaign. Its August 30 Facebook post using the image has been shared more than 44,000 times. The photo didn’t make headlines though until Friday, when Australian senator Jacqui Lambie of the Palmer United Party (created in 2013 by mining magnate Clive Palmer) shared the photo on her Facebook page, prompting news outlets to ask Šlezic whether she was aware how her photograph was being used. 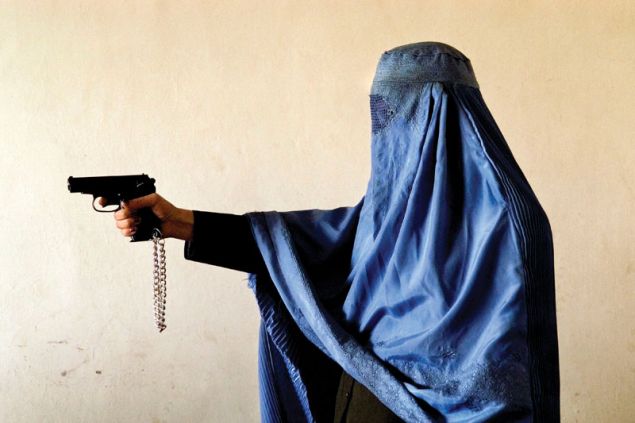 Šlezic was appalled. “The way her image has been misused for inflammatory purposes has left me, well, somewhat speechless,” she says. She immediately contacted both Britain First and Lambie asking them to remove the photo, but neither has complied. Lambie told the Sydney Morning Herald that she “absolutely stands by it” and won’t take the photo off her page. On Saturday she posted a “Letter to the Editor” on Facebook calling Šlezic’s response a “gross over-reaction,” adding that “Malalai Kakar would have been the first to agree with my call to ban the burka.”

Šlezic told the Independent, “It’s a complete misrepresentation of the truth. It insults everything she stood for, it insults her and her family and suggests a story that is opposite of the truth. It is also an infringement of intellectual property.” She has filed a copyright complaint with Facebook.

Šlezic spent two years in Afghanistan documenting the plight of women and girls, and her Mother Jones photo essay including Kakar’s image was a National Magazine Award finalist in 2008.

During my two years in Afghanistan, I spent time with Malalai and her family on several trips to Kandahar. I spent time with her in her office while she consoled and helped women who were victims of domestic violence, rape, and forced marriage. I went out on a kidnapping raid with her, witnessed her apprehending a kidnapper and freeing the young teenage girl from his home. She really was a heroine for me, the light at the end of a very dark two year tunnel. Because of her, I believed there was hope for Afghan women and girls. When she was assassinated by the Taliban in September 2008 in front of her home and child, that hope, that light was extinguished.

Šlezic adds a plea to the public:

I’m asking you to lend your voice, your thoughts, your tweets and whatever else you can to send a message back to these people who without consent, without thought, without pause posted such a vulgar misappropriation of Malalai and everything she stood for. She was an extraordinary human being who fought for the rights of Afghan women and girls. Her memory should be respected. 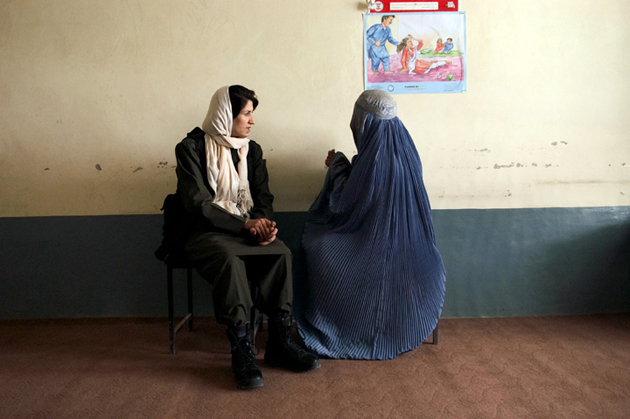