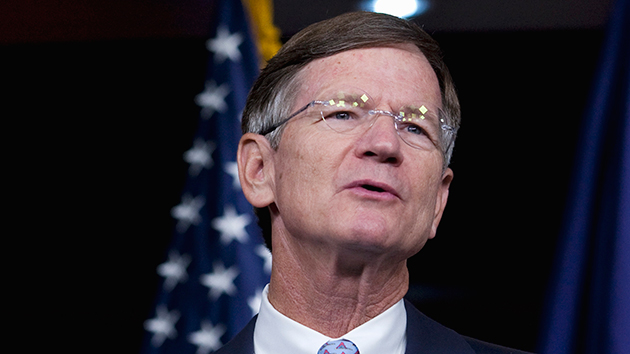 Rep. Lamar Smith (R-Texas) has led an unprecedented investigation into the scientific operations of the National Science Foundation.Drew Angerer/AP

When scientists across the country need money for research projects, one place they often turn is the National Science Foundation. The NSF is an independent federal agency with an annual budget of about $7 billion, which it doles out to fund about a quarter of all federally supported science research.

Of course, the agency doesn’t just give money away to anyone who asks. Proposals have to survive a rigorous review process that includes close scrutiny by a panel of top scientists in the relevant field. Competition is fierce: Of the 49,000 proposals submitted in 2013, only a fifth were ultimately funded. So as far as most scientists are concerned, an NSF grant is about the highest mark of scientific legitimacy a research project can get.

Representative Lamar Smith (R-Texas) apparently disagrees. Over the last 18 months, Smith, who chairs the House Committee on Science, Space, and Technology, has launched an aggressive campaign against what he sees as misguided money management at NSF that fritters funds away on frivolous research. Research on ridiculous things like, you know, climate change.

Smith’s committee is responsible for setting the NSF’s budget. But in the last year, the Congressman has gone to unprecedented lengths to scrutinize the agency’s scientific operations. His staffers are sifting through the archives of NSF grant proposal materials, which are normally kept strictly confidential to preserve scientific objectivity. They’re looking for projects to highlight as evidence that NSF is wasting money on research that, from their view, aren’t in the “national interest.”

A great recent story in Science lays out Smith’s strategy:

Four times this past summer, in a spare room on the top floor of the headquarters of the National Science Foundation (NSF) outside of Washington, D.C., two congressional staffers spent hours poring over material relating to 20 research projects that NSF has funded over the past decade…

The peculiar exercise is part of a long-running and bitter battle that is pitting Smith and many of his panel’s Republican members against [Rep. Eddie Bernice] Johnson [the committee’s ranking Democrat] and the panel’s Democrats, NSF’s leadership, and the academic research community…

Smith, however, argues he is simply taking seriously Congress’s oversight responsibility. And he promises to stay the course: “Our efforts will continue until NSF agrees to only award grants that are in the national interest,” he wrote in a 2 October e-mail to ScienceInsider.

The tally of projects under scrutiny by Smith’s team has now grown to 47 (a listing of them is linked to in the Science story above). On one hand, that’s a lot. The confidentiality of the NSF review process is a long-established, sacred scientific practice that protects research from bias and makes sure only the cream rises to the top. So any cracks in that firewall, and certainly any whiff of political interference, are of great concern to the scientific community.

On the other hand, the 47 grants represent only a tiny fraction of the NSF’s total operation; together, they amount to about $26 million, or 0.37 percent of NSF’s budget. Which raises the questions of why Smith would (a) throw himself into an investigation of spending that, all things considered, is barely a drop in the federal bucket and (b) pick these specific projects to focus on. A spokesperson from Smith’s committee—who provided a statement on behalf of Smith’s office (the same statement quoted by Science above)—did not respond to these questions.

Many of the studies at issue involve social sciences (a study of caste systems in Ethiopia, for example, and one about rural sanitation in India) that fall outside the core areas of engineering, mathematics, computer science, and biology that Smith, in a press release this spring, singled out as “the primary drivers of our economic future.”

But some of the biggest-ticket items up for public dissection focus on climate change. They include a $3 million grant awarded in 2008 to study how federal agencies can better communicate climate science to the public and a $5.6 million award to a Columbia University team to carry out public education work on the impacts of climate change at the poles. You know, totally frivolous questions that have nothing to do with the “national interest” on things like rising sea levels, epic releases of methane, US military engagement in the Arctic, new areas for offshore oil drilling, and 35,000 stranded walruses. Definitely not stuff you need to worry about, or have our top scientists investigate and explain.

The letters over the past few months between Smith and NSF director France Córdova, an astrophysicist and former president of Purdue University, are a great new entry in the annals of government scientists explaining Science 101 to Republican Congressmen.

“NSF’s investment in meritorious research projects enables new and transformative discoveries within and among those fields and disciplines, resulting in the expansion of our scientific knowledge and understanding,” she wrote to him on May 19.

In other words, basic science shouldn’t be judged by how closely it hews to a predetermined, profitable advance. The Large Hadron Collider probably isn’t ever going to do much for the US economy, but that doesn’t mean it’s not in the “national interest” for us to understand the basic physics of the universe. Sometimes, even research on the mechanics of corkscrew-shaped duck penises can be a worthy investment of taxpayer dollars.