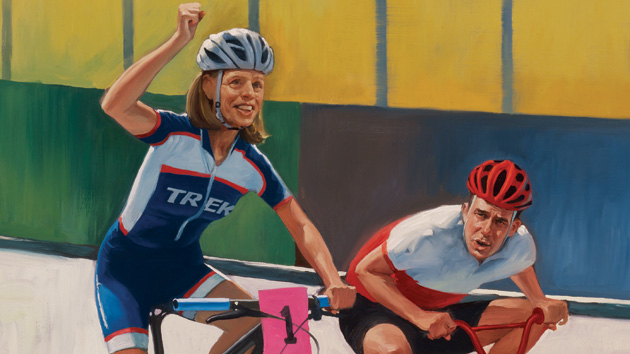 This March, Wisconsin Gov. Scott Walker launched what, in the post-Citizens United era, amounts to a de facto presidential exploratory campaign. He jetted to Las Vegas for a private audience with Sheldon Adelson, the billionaire casino mogul and Republican Party kingmaker who is said to have spent nearly $150 million during the 2012 elections and may dump as much as $100 million more into this year’s midterms. It was a pinch-me moment for Walker, who in four short years had ascended from county executive to conservative hero. Inspired by his boyhood idol, Ronald Reagan, Walker took on Wisconsin’s public-employee unions and refused to buckle in the face of massive protests and a weeks-long occupation of the state Capitol. When the unions subsequently tried to oust him via a recall election, he barnstormed the state, raised a record $37 million, and won with 53 percent of the vote. Soon the preacher’s son and college dropout began appearing alongside Chris Christie and Jeb Bush on 2016 short lists.

But these days, Walker’s presidential dreams are hanging by a thread as he battles for reelection against a political neophyte whose only previous electoral campaign was a self-financed 2012 run for the local school board. Why is he vulnerable? Walker devoted his first term to ramming through a chunk of the modern conservative agenda: He limited collective-bargaining rights, slashed taxes on the wealthy, enacted new voter ID requirements, boosted funding for vouchers at the expense of public schools, curtailed abortion access, and weakened environmental protections. These policies have sharply polarized Wisconsin—splitting families, church groups, golf foursomes—with only a sliver of the electorate not firmly pro- or anti-Walker.

Mary Burke, Walker’s opponent, is running as a McKinsey moderate, the anti-politician with business savvy who will jump-start the state’s economy and heal a divided Wisconsin. She believes her pro-business message can win over those key undecided voters. In a nonpresidential year when turnout could decide the election, Burke’s strategy is a gamble—and it just might work.

A fourth-generation Wisconsinite, Burke is a former executive at Trek Bicycles, the Waterloo-based company founded by her father that rose to the top of the business by selling made-in-America quality. After graduating from Georgetown and Harvard Business School, Burke ran Trek’s European division, got talked into serving under Democratic Gov. Jim Doyle as secretary of the Commerce Department (Walker would later scrap the agency), and later devoted her time to education and philanthropy, including launching a nonprofit that helps low-income students attend college.

After Walker’s decisive 2012 recall victory, few Democrats leapt at the idea of challenging him. Friends began approaching Burke in 2013 and urging her to run against Walker. She had little political baggage, an impressive record as a businesswoman, and enough personal wealth to mount a serious campaign, even though many Wisconsinites didn’t know her name.

But Burke got off to a rocky start. The state Republican Party snapped up MaryBurke.com and built a campaign site allowing visitors to “Meet the Real Mary Burke” and labeling her an “outsourcing millionaire.” (Trek, like every other American bike company, has offshored most of its manufacturing jobs, but still employs about 1,000 people in Wisconsin.) Her campaign was forced to correct a half-dozen errors on her official biography, while answering uncomfortable questions about why she didn’t pay state income taxes for a few years during the 1990s. (Losses on a rental property offset her tax bill, according to the campaign.) And Burke looked wooden on TV, rehearsed and uncomfortable in front of crowds. The state’s conservative blogosphere had a field day when, in an interview with Politico, she blanked for 12 interminable seconds after being asked to name one issue on which she disagreed with President Obama.

But by the time I touched down in Milwaukee in September to spend a week covering Burke’s campaign, those same conservative outlets were singing a different tune. Right Wisconsin, a website affiliated with Charlie Sykes, Milwaukee’s version of Rush Limbaugh, had run a series of posts fretting about polls showing Walker and Burke in a dead heat. Burke had not only boosted her name recognition, she had also markedly improved as a candidate. “She has surprised a lot of people in this state, including myself, with her ability to grow and become a better politician,” state Sen. Dale Schultz, a Republican, told me.

During the time I spent on the campaign trail, Burke spoke mostly to women at carefully scripted events. Her campaign’s central themes are jobs and the economy, but for the most part, she talked about Scott Walker. In Wausau and LaCrosse and Milwaukee, she hammered him for failing to meet his 2010 promise to create 250,000 jobs during his first term. (Wisconsin is on track to create 136,000 by the end of this year.) She ripped Walker for his unpopular decision to turn down federal funds to expand the state’s Medicaid program: “I’m from the business world, and CEOs get fired for this type of decision.” She pledged to restore an equal-pay law repealed by Walker and the Republican-controlled Legislature, and she highlighted the fact that a company granted exclusive access to mine for iron ore in northern Wisconsin had secretly donated $700,000 to a nonprofit linked to Walker’s 2012 recall campaign. “If that’s not illegal,” she said, “it should be.”

Burke is not a muscular progressive—or at least she’s not campaigning as one. She agrees with Walker that public workers needed to contribute more toward their pensions and health care costs but disagrees with how Walker went about making those reforms. A buzzed-about September TV ad featured Burke lauding—of all people—Ronald Reagan.

A surprising number of union members I met didn’t know much about Burke, but a Milwaukee teacher summed up the prevailing attitude: “I’d vote for Kermit the Frog if it meant getting rid of Scott Walker.”

I stopped by Milwaukee’s Laborfest, where thousands of people wore colorful T-shirts bearing the name of their local—IBEW 494, Operating Engineers 420, AFSCME 91—while drinking Miller High Life and dispatching brats and chili dogs. A surprising number of union members I met didn’t know much about Burke, but Heather Schulz, a Milwaukee teacher, summed up the prevailing attitude: “I’d vote for Kermit the Frog if it meant getting rid of Scott Walker.”

Burke is not without vulnerabilities. She can still come off uneasy on the stump or overly rehearsed in her remarks. When we sat down to talk, a handwritten note on the table reminded her to “Emanate strength and warmth.”

That interview took place on a bright Saturday afternoon at her campaign headquarters in Madison. Burke has narrow-set blue eyes and the trim, fit build of someone who’d enjoy rappelling down the side of Lambeau Field, as she did in August. Her two yellow Labs, Rosie and Gema, lay at our feet as we spoke. One-on-one, she gave the impression of an efficient, if not obsessive, candidate and manager. When her communications director, Joe Zepecki, joked about being stuck inside a windowless office on a football Saturday, Burke quipped, “Life sucks, doesn’t it? C’mon, Joe, put your big-boy pants on.”

She told me that she vets most of her campaign’s emails and compiled her own research on meaty policy issues, until the campaign hired a research director. Even so, a few weeks after we met, it came to light that sections of her jobs plan were cribbed from those of previous Democratic gubernatorial candidates. An outside consultant, who’d worked on the campaigns of the other candidates, was fired as a result.

The day after our interview, Burke spoke at a campaign fundraiser in a cavernous hall at Milwaukee’s Lakefront Brewery. In attendance were hundreds of Democrats, including most every notable elected official in the area. Burke did not thrill the crowd like Maryland Gov. Martin O’Malley—his presence alone was a sign of how much her stock had climbed in the eyes of the national Democratic establishment—or even Milwaukee Mayor Tom Barrett, who lost to Walker in both 2010 and 2012. She flubbed her applause lines, her timing was off, and she looked ill at ease in front of a large audience.

Watching Burke onstage, I thought of how Ellen Foley, the former editor of the Wisconsin State Journal newspaper, had once characterized her fellow Wisconsinites. “We are very nice people here,” she said. “We return our library books on time.” Mary Burke returns her library books on time. She is not an ideologue or a party icon like Scott Walker. But that might be exactly why she’s giving Walker the fight of his political career.