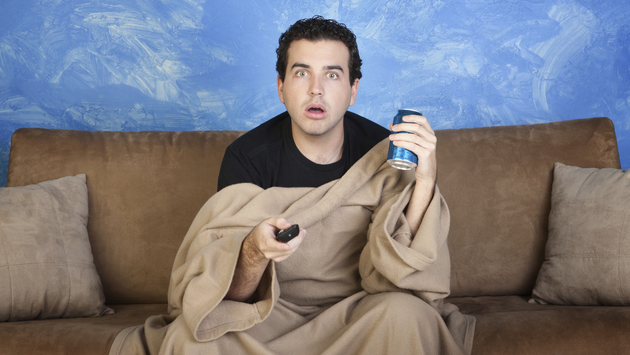 A growing number of doctors and public health experts now see sugar as one of the main culprits behind both widening waistlines and chronic health problems like heart disease and diabetes. But scientists are only just discovering how the sweet substance affects the brain—especially the developing brain. As you might guess, sugar isn’t exactly making young people sharper. In fact, researchers at the University of Southern California recently published a study showing a connection between sugar consumption and memory problems.

For the USC study, scientists gave adolescent rats sugar-sweetened drinks that contained either sugar or high-fructose corn syrup in “concentrations comparable to popular sugar-sweetened beverages.” They observed the animals’ ability to navigate through mazes compared to a control group of rats given plain water. The adolescent rats on sugar “were impaired in learning and remembering the task,” says Scott Kanoski, the corresponding author of the study and an assistant professor of biological sciences at USC-Dornsife.

The researchers also found evidence of swelling in the part of the brain called the hippocampus. The swelling appeared in the adolescent rodents who consumed both sugary solutions, although the results were more pronounced for the rats given high-fructose corn syrup (usually the sweetener used in soda). Damage to this part of the brain is often found in people who suffer from Alzheimer’s and other forms of dementia. 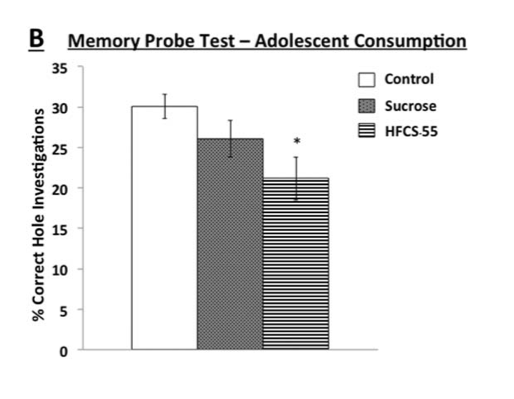 Kanoski says they did not determine why sugar influences the brain this way, but stressed that there was a clear connection to how it could impact youth. “We know that not only with adolescents, but with all critical period of development, there seems to be a higher susceptibility to environmental influences on behavior and biological systems,” he says.

The study came out of a long line of research, headed by Kanoski and others, looking at the negative effects of the Western diet. This diet is high in saturated fats and simple sugars, and rats raised on it don’t turn out too well: “They gain weight, they have increased adiposity, impaired glucose tolerance,” Kanoski has found. Maybe even more disturbingly, they have “impaired cognitive processes,” he says. Since these animals have similar physiological and neurobiological systems as humans, they serve as a reflection of how this diet might be screwing with our health and memories, too.

More than a quarter of teens drink at least a soda a day, and close to a fifth drink two or more.

In Kanoski’s study, adult rats were also fed sugary diets and had to go through the mazes, but they didn’t suffer the same cognitive defects as adolescents high on sugar. Assuming the results would hold true for people, that means we’re feeding the population whose brains are more vulnerable to sugar the most sugary beverages. According to a 2011 National Center for Health Statistics Data Brief, teens and young adults consume more sweetened drinks than any other age groups. A food marketing study published by the Federal Trade Commission in 2012 shows that spending on soda marketing to teens was “higher than any other food category for teen marketing.” This publicity appears to be working. The Center for Science in the Public Interest reports that more than a quarter of teens drink at least a soda a day, and close to a fifth drink two or more.

There might still be hope, though. Kanoski’s team is now looking into whether sugar’s negative affects can be turned around. Although Kanoski says he doesn’t have results on this yet, “there have been other studies showing that animals can recover from cognitive deficits.” But until stronger evidence of this turnaround arrives, add soda to the list of things you only realize later in life you wish you hadn’t indulged so much in as a teen.