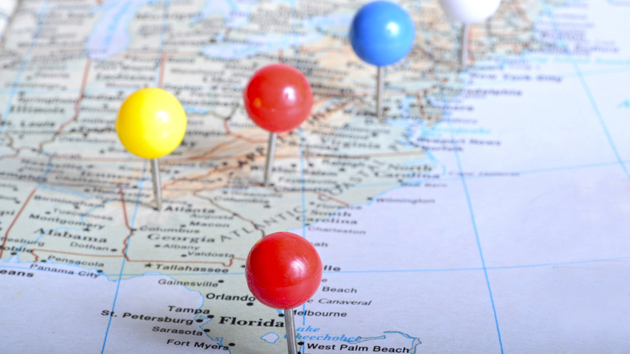 Perhaps the most important story on Election Night 2014 was not the Republican Party winning back the US Senate, but the GOP’s utter domination at the state level. Beginning in 2015, Republicans will control 68 out of 98 partisan state legislative chambers, the most in the party’s history. It will also hold 31 governorships. Republicans will maintain one-party control—holding the governor’s seat and majorities in both legislative chambers—in 23 states. The Democrats control only seven. And as states go, so often goes Congress—given that states draw the lines for congressional districts and how those lines are drawn can determine who makes it to Washington.

Liberals know that they have been steamrolled in the states, and that Democrats will have a tough time growing their ranks in the US House of Representatives if they don’t win at the state level. And they have a $100 million plan to do just that, according to internal memos revealed by the conservative Washington Free Beacon. The goal: to notch more state-level victories and reclaim political power before the next round of congressional redistricting after the 2020 census.

The plan comes from a little-known outfit called the Committee on States. Founded in 2006, the Committee on States is a collection of wealthy donors, political operatives, labor unions, environmental groups, and other progressive organizations raising and spending money in the states to advance a liberal agenda.

Despite its relative anonymity, the Committee on States moves big sums of money. Along with the Democracy Alliance, a similar donor club that funds national liberal groups, including the Center for American Progress and Organizing for Action, the Committee on States pumped nearly $50 million into 20 states in 2014 to build left-leaning political machines that would try to elect Democratic politicians and pass progressive policies, according to these confidential memos. By 2020, the memos state, the Committee on States plans to increase its state-level investments to $100 million a year. The documents published by the Free Beacon indicate that some of this money could flow to political committees, which usually disclose their donors, and other funds could go to dark-money nonprofit groups, which don’t have to name their donors. (Scott Anderson, the executive director of the Committee on States, declined to comment.)

That money will go toward funding left-leaning organizations that focus on data and analytics, grassroots organizing, messaging and opposition researching, and of course fundraising. The goal is to create durable political machines in each targeted state. In 2013 and 2014, the Committee on States’ members backed these types of groups in Arizona, California, Colorado, Florida, Idaho, Maine, Massachusetts, Michigan, Minnesota, Nebraska, New Mexico, North Carolina, Ohio, Oregon, Pennsylvania, Texas, Utah, Washington State, Wisconsin, and Wyoming. One Committee on States memo says that three more states—Georgia, Montana, and New Hampshire—are developing their own donor alliances. The same memo notes that there’s interest in doing the same in Illinois, Mississippi, South Carolina, and Virginia. If all of those states get onboard, the number of states with full-fledged lefty donor networks would reach 27.

The Democracy Alliance and the Committee on States emerged in the mid-2000s as a response to what progressive activists and Democratic officials saw as a sophisticated, nationwide network of conservative groups winning fight after fight at the state and national levels. Rob Stein, who served as chief of staff to the Clinton-Gore transition team in 1992, alerted wealthy liberals to this network with a PowerPoint presentation titled “The Conservative Message Machine and Money Matrix.” As Stein told me in 2013, “I made the case [to wealthy liberal givers] that we need to get better organized, because right now we suck.”

In the memo noting its $100 million goal, the Committee on States emphasizes the importance of ramping up its effort before the next round of redistricting. Republicans made huge gains at the state level in the years before the 2010 redistricting fights and subsequently redrew congressional districts to make the political playing field more favorable to GOP candidates. That helps explain how, in 2012, Democratic candidates in Pennsylvania for the US House of Representatives together received 83,000 more votes than Republican candidates, yet the state’s delegation ended up with 13 Republicans and five Democrats. In Michigan that year, Democratic congressional candidates earned 240,000 more votes than Republicans, but the state’s congressional delegation had nine GOPers and five Democrats. “It is imperative,” one Committee on States memo reads, “to increase state political and civic engagement capacity between now and the next biennium redistricting process if we truly hope to change our national political landscape.”