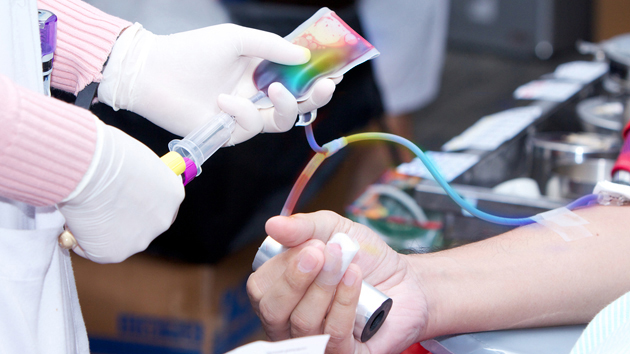 It turns out, in the eyes of the Food and Drug Administration’s experts, that even a year without sex isn’t enough to guarantee the safety of blood donated by gay men.

Last week, the agency’s Blood Products Advisory Panel met to discuss revoking the agency’s 32-year-old prohibition on gay men donating blood. The prohibition, introduced during the early days of the AIDs crisis, forbid any man who had had gay sex since 1977 from giving blood—regardless of the circumstances or how long it had been since his last sexual encounter. The rule has remained unchanged, despite vast improvements in our medical knowledge of HIV and AIDS, and our ability to screen blood samples to ensure they’re free of disease.

The proposed loosening of a ban on gay blood donations “was met with an alarming amount of resistance that I just didn’t expect.”

Activists were hopeful that the FDA’s 17-member panel would vote to revoke the rule. Last month, a different committee of medical experts convened by the Department of Health and Human Services voted 16-2 in favor of a hypothetical rule that would let men give blood so long as they had not had sex with another man for at least a year. And while even this may be overkill—modern blood tests can detect HIV within a few weeks of infection—it is less discriminatory than the current ban.

Yet that modest step was too much for the FDA’s experts, who wrapped up last week’s meeting without voting on the proposal. “There’s too many questions in science that aren’t answerable,” one panelist concluded. “It sounds to me like we’re talking about policy and civil rights rather than our primary duty, which is transfusion safety,” noted another.

The panel’s calls for further research before lifting the ban left LGBT activists frustrated. “It was met with an alarming amount of resistance that I just didn’t expect,” said Ryan James Yezak, founder of the National Gay Blood Drive, who gave a presentation for the panel. He was taken aback by the claim that there’s not enough research to determine whether loosening the ban on donations would pose a risk to the blood supply. “That’s simply not true,” Yezak told me. “There is evidence that supports moving to a one-year deferral, at the minimum.”

He cited, for example, a study of Australia’s one-year deferral policy, and support for a similar policy from organizations such as the Red Cross and American Medical Association. But the committee wasn’t swayed. “I felt like it went in one ear and out the other,” Yezak said. “I may as well have not been there, because I don’t feel like the discussion reflected what happened at the HHS meeting.”

The FDA could still approve the one-year deferral plan without the endorsement of its Blood Products Advisory Panel, but there’s no timeline for considering such a decision, and the agency isn’t in the habit of rewriting rules against the recommendations of its own experts.