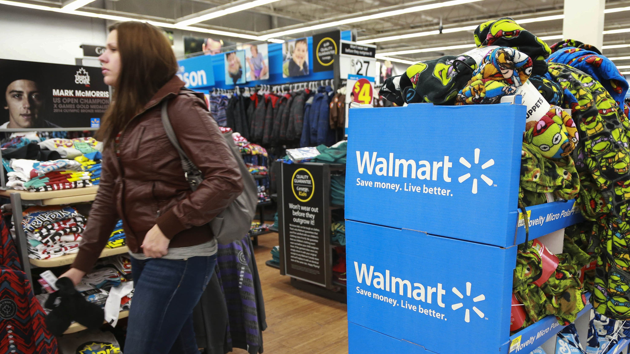 Nearly four years ago, while lifting pallets of blankets during an overnight stocking shift at Walmart, Barb Gertz began to notice a dull pain in her arms. She kept on lifting and stocking, but by the time her lunch break rolled around she could no longer raise her arms. Her doctor told her she had tendinitis in her biceps, and that it was most likely caused by her job. Walmart disagreed. The retailer contested Gertz’s workplace-injury claim—and won.

If Gertz had worked in a factory, she could have bolstered her case with evidence from the Occupational Safety and Health Administration’s national database of manufacturing workplace injuries. But no such database exists for retail workers like Gertz. A new regulation that OSHA is scheduled to finalize this year would change that. OSHA wants to create a public database of workplace injury and illness data from all industries, not just manufacturing. This would help workers, the government, researchers, and journalists identify companies with safety problems. But the trade groups that represent some of America’s biggest chains—including Walmart, Target, and McDonald’s—are fighting back hard.

The National Retail Federation—a group that represents Walmart, McDonald’s, and The Container Store—spent $2.4 million lobbying on this measure and other issues between January and September of last year. In a letter to OSHA last March, the group complained that the rule would require disclosure of confidential information, lay blame on employers for non-work-related injuries, be too costly, and empower unions. Last year, the Retail Industry Leaders Association, which counts Walmart, Target, and Home Depot among its more than 200 members, also urged the agency to kill the rule. The US Chamber of Commerce spent more than $28 million between July and September of last year on lobbying—including on this regulation, which the Chamber says is more burdensome on industry than OSHA will admit. And the Coalition for Workplace Safety, an association of trade groups that includes the Chamber, the NRF, and NILA, has asked OSHA to scrap the rule.

Walmart did not respond to a request for comment on whether the lobbying groups’ stance on the regulation reflects its own. Nor did McDonald’s, The Container Store, Home Depot, or Target.

All workplaces are already required keep internal paper records of worker injuries and illnesses. The new OSHA rule would simply require that all companies electronically submit that information to OSHA each quarter—just like manufacturing plants do already. “Industry says, ‘Oh my God, we can’t do that, it’s really burdensome.’ Well, they already have to keep these records,” says Robyn Robbins, the assistant director of the occupational health and safety office at the United Food and Commercial Workers, a labor union that supports the change. She adds that many employers have already moved away from old-fashioned paper records and are keeping internal records electronically. All companies would have to do is submit those e-records to OSHA.

The regulation would apply to companies with more than 250 employees as well as smaller companies in high-hazard industries, such as freight trucking, construction, and waste collection. Businesses would be required to submit data including the job title of the employee, the type of injury, where it occurred, what the worker was doing before the incident, and the number of workdays the employee had to miss as a result. With the information, OSHA and employers “will be better able to…abate workplace hazards,” an OSHA spokeswoman said in an email.

If such a database had existed when Gertz submitted her claim, it could have helped her build the case that her injury was work-related. “It will be easier to prove that it’s not just [the worker], it’s a company thing,” she says. The OSHA measure “has great potential to allow workers to make the connection between the dangerous work they’re doing and the work-related injuries that are occurring,” Robbins says.

“I really hope [the regulation] goes through—for the benefit of all workers,” Gertz says.