Update: Monday, January 26, 6:35 p.m. EST: This was the scene outside our office this afternoon. Yikes!

Update: Monday, January 26, 6:00 p.m. EST: From our friends at Climate Central, here’s a little background on the weather forces behind the storm and how they relate to man-made climate change:

The low pressure area at the heart of the storm is tracking along the East Coast in a way that lets it exploit the contrast between the cold air over land and the warmth of the oceans, which are running more than 2°F warmer than normal along much of the coast, said Kevin Trenberth, a climatologist at the National Center for Atmospheric Research in Boulder, Colo. The warmer ocean waters mean more moisture in the atmosphere for the storm to suck up; the cold air over the continent ensures that moisture falls as snow.

As per @NYGovCuomo, all @NYCTSubway, @NYCTBus, @LIRR and @MetroNorth operations will be fully closed by 11pm.

New Yorkers were piling into the subway ahead of the evening rush hour: 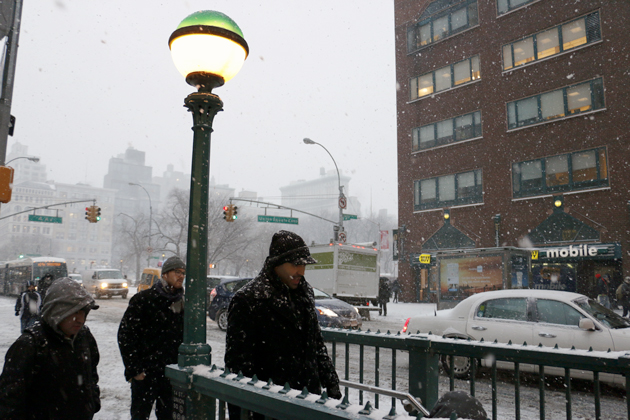 Update: Monday, January 26, 2:45 p.m. EST: Even just after a couple hours of snow dumped by the strengthening blizzard, New York City’s landscape is white-washed for the first time this season: 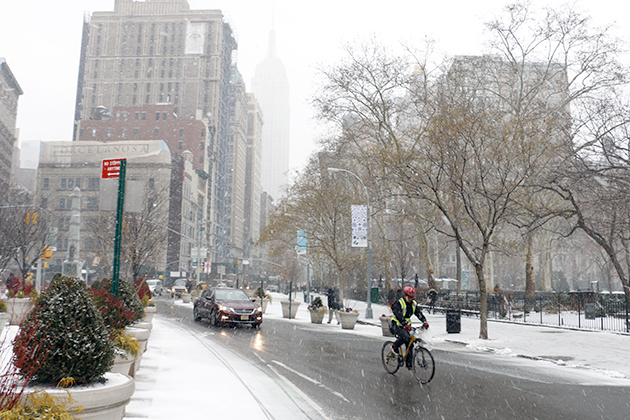 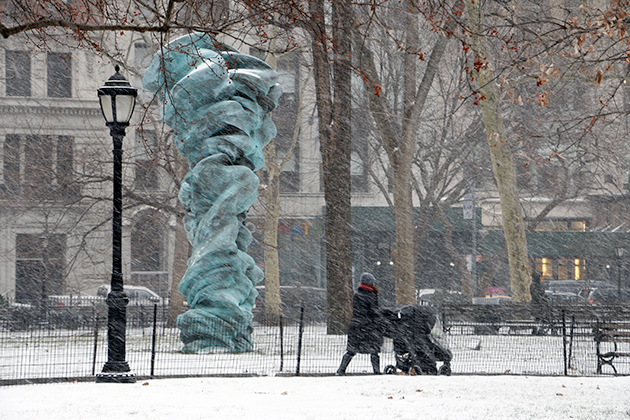 Almost as soon as it started, the snow was coming down in sheets. Tim McDonnell 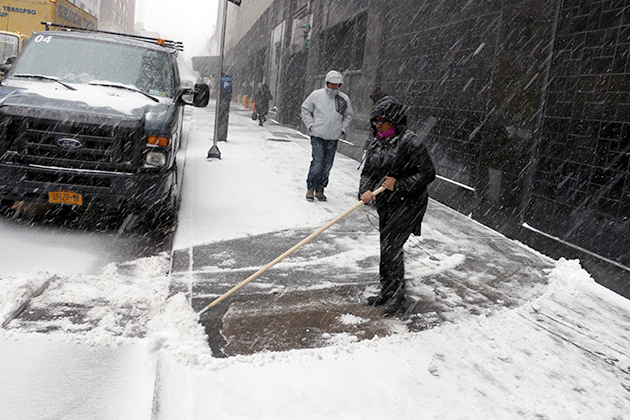 In Midtown, so begins the long battle to keep sidewalks clear of snow and ice. Tim McDonnell 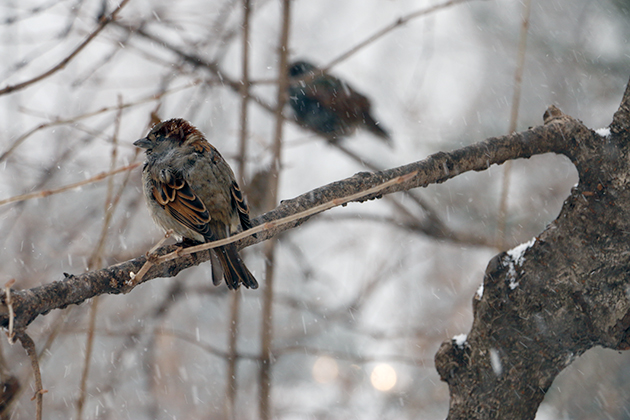 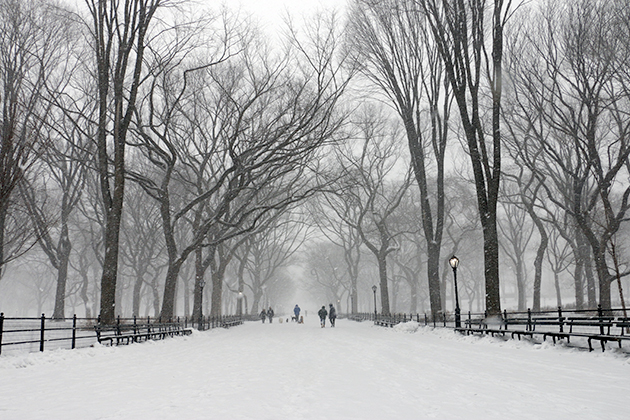 Update: Monday, January 26, 2:15 p.m. EST: As the blizzard begins to hit New York City, my colleague James West ventured out to capture some Brooklyn street scenes, in super-slow motion (flick the player to HD for some fun snow-falling prettiness):

After a few months of mild weather, today and tomorrow the East Coast is in for one hell of a snowstorm. Twenty-nine million people from New Jersey to Maine are under a blizzard alert. Here’s the latest snow forecast for the Boston region from the National Weather Service:

Looks like @NWSBoston is all in. 28″ for Boston (verbatim current fcst) would be a new all-time record. pic.twitter.com/vYZhlVjgao

The range shown for New York here—up to two feet dumped on the city by Wednesday—is at least down from yesterday’s estimates, when, as our friend Eric Holhaus at Slate reported, meteorologists were warning that it could be the largest blizzard in the city’s history. Still, New York City Mayor Bill de Blasio told residents “to prepare for something worse than we have seen before.” The worst of the worst is expected starting Monday afternoon and through Tuesday.

Stay tuned here for more updates, as well as images from inside the storm.