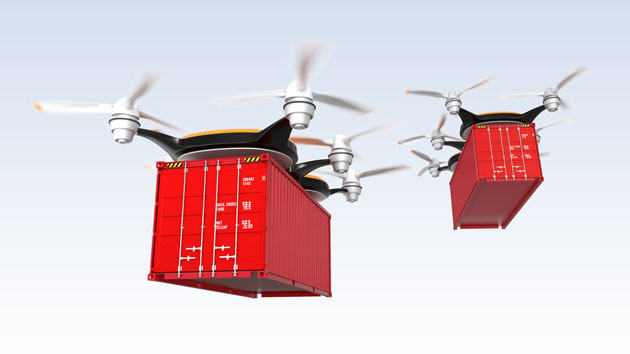 Drones are so hot right now. That’s why more than 140 active trademarks using the word “drone” are currently registered with the United States Patent and Trademark Office. Some noteworthy ones:

Loan By Drone®: Predatory lending meets Predators with “payday advances, payday loans, short term loans, installment loans, title loans, title pawns, check cashing and stored value card services delivered via drone.” The business doesn’t appear to have started yet, but there are already places that will loan you drones or the money to buy them.

Drones Gone Wild®: “Entertainment services in the nature of an ongoing reality based television program.” Thankfully, there doesn’t appear to be any reality TV project with this name yet, but there are some interesting YouTube videos.

DroneRepellent®: This idea for “computer software and hardware for use in diverting unmanned aerial vehicles from airplanes” seems like a pretty solid idea, especially considering some of these recent close calls. The trademark holder, Infatics Inc., also has a service helping people track and control their small drones.

Game of Drones®: Though it also encompasses educational services “in the field of unmanned aerial vehicle use,” this trademark is currently being used to selll quadcopters designed to “resist fire, water and extreme impacts.”

Don’t Drone Me Bro®: A play on the “Don’t taze me, bro” guy, this trademarked phrase has found its way onto a series of T-shirts and stickers, a Facebook page, internet memes, and even a National Review headline.

NADS (National Association of Drone Sportsmen)®: Another registered T-shirt slogan, owned by a nascent political/media strategy group. Or something.

Git-R-Drone®: Registered as a T-shirt slogan, this one doesn’t seem to be on anything yet. Larry the Cable Guy’s lawyers must move quick.