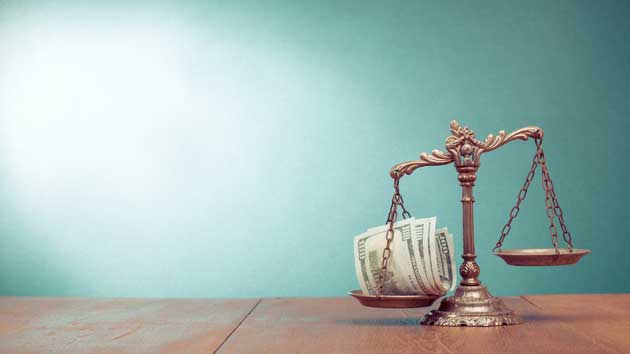 JCS charges probationers a $10 “set up” fee and then an additional $40 a month for the privilege of having their money collected.

In the federal lawsuit, SPLC accuses JCS and its Clanton manager Steven Raymond of violating the federal Racketeer Influenced and Corrupt Organizations (RICO) Act, by threatening jail time for probationers who failed to pay their misdemeanor fines and probationer fees in a timely fashion. This, the group argues, is plain and simple extortion.

The suit also goes after the current contract between Clanton and JCS, alleging that their relationship violates Alabama law, which forbids city courts from charging individuals extra money for being on probation. Since 2009, Clanton has contracted with JCS to manage its pay-only probationers (individuals who are only on probation because they can’t pay their court fines upfront); however, the courts pay nothing for the for-profit company’s services. Rather, JCS makes money off of the additional fees it forces upon probationers. For example, JCS charges probationers a $10 “set up” fee and then an additional $40 a month for the privilege of having their money collected.

This system has been likened to now-illegal debtors’ prisons, and has raised questions about how misdemeanor courts are relying on small level crimes to bring in funds.

“We’ve seen over the past few decades local governments and state governments have turned increasingly to the criminal justice system to fund themselves where budgets have been cut for courts and jails,” ACLU attorney Nusrat Choudhury told to me.

Choudhury and the ACLU recently settled with DeKalb county in a case that also named JCS as a defendant. Filed on behalf of Kevin Thompson, a Georgia teen who was jailed for five days after failing to pay JCS fines and fees that originated from a traffic violation, the lawsuit argued that Thompson’s treatment violated the 14th Amendment. The judge never conducted an indigency hearing to determine whether the teen was able to pay his court fines and fees, and rather assumed his lack of payment was purposeful.

Chris Albin-Lackey, a Human Rights Watch researchers and author of a 2014 report entitled Profiting from Probation, explained to me that for a long time injustices within the misdemeanor courts have flown under the radar as our “national obsession with the criminal justice system” has been laser focused on felony courts and prisons.

But Albin-Lackey and other human rights advocates are hopeful that this will soon change as lower level courts come under increased scrutiny. Last week, Georgia’s House of Representatives passed a probation reform bill that aims to rein in some of the more egregious practices occurring within the state’s for-profit probation system. If it is approved by the Senate, it is expected to become model legislation that other states, such as Alabama, can turn to for guidance. Additionally, the ACLU settlement surrounding the Thompson case came with a number of reform measures, including a “bench card,” which reminds judges of their ability to sentence people to community service instead of jail time, and instructions on how to protect a probationer’s right to counsel.

And earlier this month the Department of Justice released a scathing report on the discriminatory practices utilized by the Ferguson, Missouri police force—specifically when it came to ticketing and raking in funds for petty fines. The news led to the resignation of two police officers, the city’s top court clerk, the city manager, and the Ferguson Police Department chief.