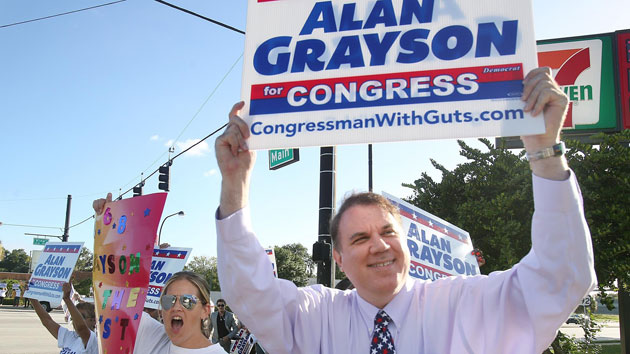 Rep. Alan Grayson (D-Fla.)—known as something of an active volcano ever since he said in a 2010 floor speech that the Republican health care plan was to “die quickly”—is considering running for Senate next year. The Democratic Senatorial Campaign Committee has already settled on a candidate, Rep. Patrick Murphy, but Grayson believes that “our voters will crawl over hot coals to vote for me.”

That feeling of invincibility extends to his dealings with reporters. To wit, today’s interview with Adam Smith of the Tampa Bay Times:

Good talk w @AlanGrayson: “R u some kind of sh*ttng robot?! U go around sh*tting on people?!” he inquired, loudly