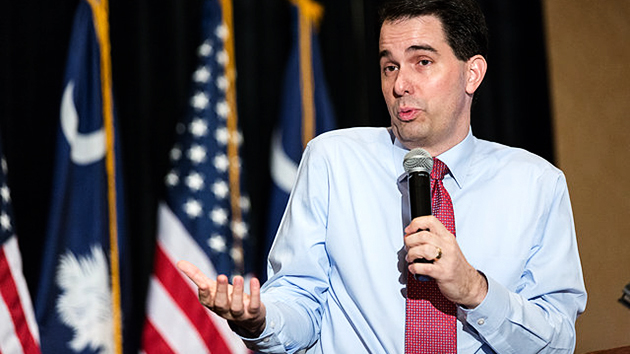 In 2010, Scott Walker was the young, hyperambitious executive of Milwaukee County and one of three candidates angling for the Wisconsin Republican gubernatorial nomination. Part of his official duties included overseeing Operation Freedom, a charity event that raised money for veterans and their families. When Walker’s chief of staff caught wind that $11,000 of the nonprofit’s money had gone missing, Walker had his office ask the local district attorney to investigate. Now that he’s seeking the Republican presidential nomination, he probably wishes it hadn’t.

The prosecutors caught the scent of more than just missing funds, coming to suspect that members of Walker’s staff had blurred the lines between official business and politicking. When Walker balked at handing over more documents, the DA asked a judge to open a so-called John Doe investigation. Unique to Wisconsin, a John Doe is a wide-ranging secret inquiry similar to a federal grand jury probe. For nearly three years—during which time Walker was elected governor, won a showdown with public-sector unions, and survived a recall attempt—prosecutors collected thousands of documents, interviewed dozens of witnesses, and even raided homes and offices in search of evidence. Eventually, they filed criminal charges against six people connected to Walker.

The fallout from the probe isn’t the only legal drama Walker must contend with as he inches toward a 2016 presidential run: A second investigation has been following the money behind his campaign to defeat the 2012 recall effort. Walker has called the whole ordeal a “political witch hunt,” and his allies say he will emerge not only unscathed, but reenergized. Yet the ongoing controversy has cast a pall over the rising Republican star and has exposed the inner workings of a political machine that allegedly flouted election laws and wooed anonymous dark-money donors, teetering between campaigning and corruption. 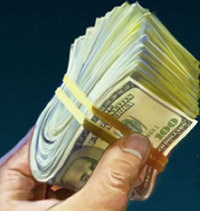 Is your judge for sale? Read how dark money is taking over judicial elections.

The initial John Doe investigation centered on the discovery that members of Walker’s county staff had routinely engaged in political activity on official time, working to bolster his political fortunes and those of the state GOP. Their transgressions ranged from minor oversights to flagrant violations of the fundamental premise that taxpayer money and government resources cannot be used for political ends. For example, Walker’s constituent services coordinator, Darlene Wink, devoted hours of work time to posting pseudonymous pro-Walker comments on local news sites. She also worked on county time planning fundraisers for Walker. According to documents collected by the prosecutors, Wink knew her activities skirted the line. Once, after asking a colleague how to erase chat messages, she wrote, “I just am afraid of going to jail—ha! ha!“

Prosecutors also found that Walker’s deputy chief of staff, Kelly Rindfleisch, spent much of her time at her county job actually working on behalf of Walker’s campaign and that of his ally running for lieutenant governor. To keep her communications from becoming public, Rindfleisch used a private email account while exchanging more than 1,000 messages with Walker’s campaign staff. These messages illustrate how Walker’s office and his gubernatorial campaign were at times indistinguishable, with the county staff trying to cover their tracks. In an email discussing how to plant damaging stories about Walker’s 2010 primary opponent, Rindfleisch wrote, “This needs to be done covertly so it’s not tied to Scott or the campaign in any way.”

Just how deeply had politics pervaded Walker’s supposedly apolitical office? In court, prosecutors highlighted one particularly troubling example. In July 2010, a concrete slab fell from a county parking garage, killing a 15-year-old boy. Knowing that journalists would file public records requests about the accident, Walker’s campaign sprang into action. Hours after the boy’s death, Walker’s campaign manager ordered Rindfleisch to “make sure there is not a paper anywhere that details a problem at all.”

One of Walker’s campaign consultants had an idea for raising cash for an outside group: “Take Koch’s money.”

The probe led to six convictions. Rindfleisch was sentenced to six months in jail. Wink pleaded guilty to two misdemeanors. A Walker aide and an appointee both received two-year prison sentences after admitting to embezzling more than $70,000 from Operation Freedom. And a railroad executive who’d donated to Walker’s campaigns admitted to an illegal scheme in which he pressed his employees to donate to Walker and reimbursed them for it; he received two years of probation.

Walker, though, insisted he had no knowledge of any of the abuses going on under his nose. (Rindfleisch’s desk was 25 feet from his office.) As his former employees and associates were sentenced, he catapulted to national stardom as a conservative governor in a blue state who took on organized labor and survived. But he wasn’t in the clear yet.

In October 2013, the Milwaukee Journal Sentinel revealed the second John Doe investigation. This time, the targets were bigger, including Walker’s anti-recall campaign, two top gubernatorial aides, and some of Wisconsin’s most prominent conservative advocacy groups. What came to be known as John Doe II focused on whether Walker’s campaign had illegally coordinated with big donors and conservative groups to defeat the recall. In other words, the investigation went to the core of the post-Citizens United era, in which deep-pocketed outside groups may not officially coordinate with candidates’ campaigns even as they raise unlimited funds for them.

In the summer of 2014, a federal judge unsealed documents detailing the prosecutors’ contention that Walker, his campaign, and aides had illegally funneled money to a network of 12 supposedly independent conservative groups and directed their spending to fight the recall. At the center of the probe was the Wisconsin Club for Growth, a dark-money group that was run by RJ Johnson, who was also an adviser to Walker. Court filings accidentally published online revealed that a mining company had donated $700,000 to the Club; soon after, Walker signed a mining bill that the company had lobbied for. In one email, one of Walker’s campaign consultants suggested ideas for raising cash for the Club, including “Take Koch’s money” and “Get on a plane to Vegas and sit down with Sheldon Adelson. Ask for $1m now.”

Discussing how to plant damaging stories about Walker’s opponent, an aide wrote, “This needs to be done covertly so it’s not tied to Scott or the campaign in any way.”

The Doe II investigation is currently on hold after pingponging among judges—some of whom have allowed it to proceed while others ordered it shut down. Its fate now rests with the Wisconsin Supreme Court, which has agreed to hear three separate challenges to the investigation. Four of the court’s seven members are conservatives whose most recent election bids were supported by $10 million from the Wisconsin Club for Growth and Wisconsin Manufacturers & Commerce, the state’s main business lobby. Prosecutors have petitioned at least one of those justices to step aside, but to no avail. The Wisconsin Supreme Court is expected to rule on Doe II as soon as this summer.

Walker, who is also expected to officially announce his candidacy this summer, has sought to turn the probe to his advantage, characterizing it as terrifying government overreach. In April, he told an Iowa radio station that “even if you’re a liberal Democrat, you should look at [the investigation] and be frightened to think that if the government can do that against people of one political persuasion, they can do it against anybody, and more often than not we need protection against the government itself.”