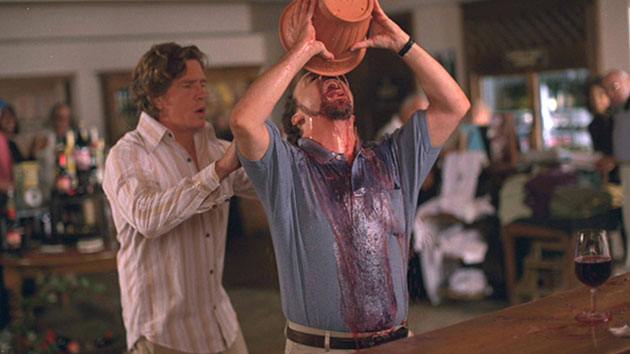 Let’s back up a second. A few weeks ago, Vox, a site mostly known for making wishes that never come true, made some video about wine. We blogged about that video. Yesterday, Jezebel‘s Sarah Miller published a response to our blog post:

While Mother Jones certainly has the right to get out from under their image as the resting place of old potatoes on your weirdest uncle’s kitchen table, it is interesting to see that one of the ways they’re moving toward A New Tomorrow is by aggregating a video called EXPENSIVE WINE IS FOR SUCKERS put together by the visionaries at Vox.

Mother Jones’ populist headline for their “take” is Your snobby wine friends are full of shit. Because I myself am snobby wine friend to many, I was utterly unsurprised when both the Mother Jones article and its oddly youthful parent—a video in which 19 Vox staffers try an expensive Cabernet Sauvignon, a mid-priced Cabernet Sauvignon and a cheap Cabernet Savignon, and prefer the cheap wine by about half—piled up in my inbox over the weekend.

So, this is not my response to Jezebel‘s response to our blog post about Vox‘s wine video. This is a wakeup call to all wine drinkers.

Wine is a joke. Whether it’s in a bottle, a box, or a boot, it’s a stupid drink. Since time immemorial people have consumed wine, but for most of that time people were backwards and lived in fields and didn’t know anything. Now we live in the 21st century and drink wine? Lol.

It doesn’t even taste good! It tastes ok sometimes, but it’s really sugary! It gives you terrible hangovers! It doesn’t get you drunk! It ruins your teeth! You know who drinks wine? Europeans.

Americans who drink wine do so because they think they are living in a BBC adaptation of a Jane Austen novel. It feels rich and smart to have thoughts about wine and to order fancy, expensive bottles of wine. You are not smart. You are not fancy. You are not rich—or at least you won’t be if you keep pissing your money away on wine.

You drink alcohol because your life is hard and you need a respite from the pain. You drink wine because you have been tricked by society into thinking it is a shibboleth of class and taste.

Bullshit. Society has lied to you. Wine is for suckers.

Booze is cool. Booze is effective. There are many different types of boozes. Drink whiskey. Whiskey is the best booze. You probably don’t even like the taste of whiskey. But you can get there. You can learn to love it.

Whiskey burns. You’ll come to love that burn because that burn will be painful and that pain will be like going home.

Wine is for dilettantes. Are you a dilettante? Maybe you are. If you are, drink your wine, dilettante.

This concludes my wakeup call to all wine drinkers, which was, again, not a response to Jezebel‘s response to our blog post about Vox‘s wine video.

In a u-turn, Government experts have dismissed the supposed health benefits of wine and are set to rewrite the rule book on the nation’s alcohol consumption, according to reports.