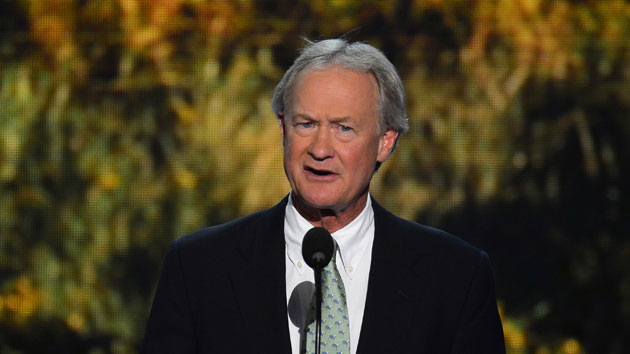 Lincoln Chafee kicked off his quest for the Democratic presidential nomination on Wednesday in Virginia by promising to fight climate change, curb extra-judicial assassinations, and switch the United States to the metric system.

The Rhode Islander, who served in the Senate as a Republican before joining the Democratic party after being elected governor, unveiled his left-leaning, if idiosyncratic, agenda in a wide-ranging address at George Mason University. His continued opposition to the Iraq War, which he voted against authorizing as a senator, could put him in conflict with the party’s front-runner, former Secretary of State Hillary Clinton. As a senator, Clinton was an early supporter of the invasion, though she has since called it a mistake.

National defense was just one area in which Chafee advised heeding the wisdom of the international community. (He likewise proposed ending capital punishment entirely, and praised Nebraska for its recent ban.)

Earlier I said, let’s be bold. Here’s a bold embrace of internationalism: Let’s join the rest of the world and go metric. I happened to live in Canada as they completed the process. Believe me, it is easy. It doesn’t take long before 34 degrees is hot. Only Myanmar, Liberia, and the United States aren’t metric, and it it’ll help our economy!

Finally, a presidential candidate with a foolproof plan to bring down rising temperatures.