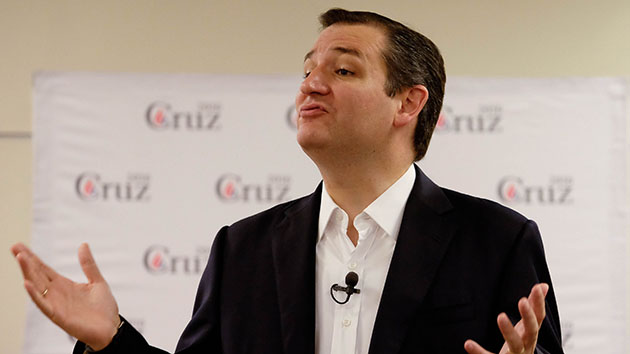 Last week was a tough one for conservatives. In the course of two days, the US Supreme Court upheld a major part of the Affordable Care Act and effectively legalized same-sex marriage. Sen. Ted Cruz (R-Texas) called it “some of the darkest 24 hours in our nation’s history,” and he’s not going to take it lying down. The presidential candidate and former Supreme Court clerk says he is proposing a constitutional amendment that would force Supreme Court justices to face retention elections.

“[S]adly, the Court’s hubris and thirst for power have reached unprecedented levels. And that calls for meaningful action, lest Congress be guilty of acquiescing to this assault on the rule of law,” Cruz wrote in the National Review after the court’s Friday ruling on same-sex marriage. “And if Congress will not act, passing the constitutional amendments needed to correct this lawlessness, then the movement from the people for an Article V Convention of the States—to propose the amendments directly—will grow stronger and stronger.”

Cruz’s plan calls for the justices to face retention elections beginning with the second national election after their appointment, and every eight years after that. “Those justices deemed unfit for retention by both a majority of the American people as a whole and by majorities of the electorates in at least half of the 50 states will be removed from office and disqualified from future service on the Court,” Cruz wrote.

In defending his plan, Cruz wrote that 20 states already have judicial retention elections. What he didn’t mention was that many of those states have taken steps to compensate for a major problem that tends to arise when judges’ jobs get politicized. Of the 39 states that have some form of judicial elections (whether retention or otherwise), 30 have bans on judges personally soliciting donors for money to avoid conflicts of interest. Those bans were recently upheld by the Supreme Court itself, which ruled in April in Williams-Yulee v. the Florida Bar that states can legally prohibit judicial candidates from directly soliciting money. Why?

“Judges are not politicians, even when they come to the bench by way of the ballot,” Chief Justice John Roberts wrote in the court’s 5-4 majority opinion in Yulee.

And there’s a good reason for Roberts’ reluctance to lump judges in with other politicians. In writing about the Yulee decision in April, Mother Jones reported:

[J]udicial elections have quietly become a major battleground in American politics over the last decade. State judicial candidates raised a combined $83 million in the 1990s, a total that was surpassed by roughly $30 million in the 2011-12 election cycle. More than $200 million has been donated to state supreme court candidates since 2000, and independent (and often unaccountable) spending on state judicial races has increased nearly sevenfold in that same time. Sue Bell Cobb, the retired chief justice of the Alabama Supreme Court, recently likened judicial elections to “legalized extortion.”

A major problem with all of this money is that more and more of it is independent and unaccountable spending, some of which comes from people who appear before the very judges they’re donating to. Even when judges don’t actively fundraise, outside groups pour funds into attack ads, putting money at the center of what was once a fairly sleepy and restrained electoral process. And that’s just on the state level. Imagine the national campaigns to retain (or unseat) Antonin Scalia or Ruth Bader Ginsburg.

“If the justices themselves couldn’t raise the money, who would step forward to [run] campaign contributions?” asks Liz Seaton, the campaign deputy executive director of judicial watchdog group Justice at Stake. “Why? And to what end?”

Seaton says political attacks on the Supreme Court after controversial decisions aren’t new, and that the Founding Fathers gave federal judges lifetime tenure to protect them from exactly the kind of political pressure Cruz is hoping to apply.

“What kind of political campaigning and spending would there be if such a system would be put in place?” Seaton asks. “It’s just hard to imagine just how much that would blow the system out of the water.”