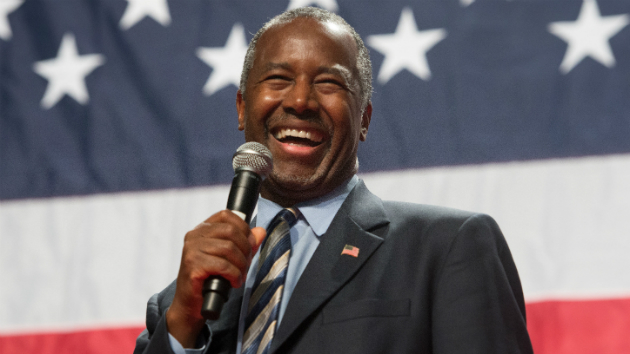 Ben Carson, the neurosurgeon turned GOP presidential candidate now soaring in the polls, routinely rails against Washington insiders, the political establishment, and officials who have experience with governing. But none of this has stopped Republican Party insiders from exploiting Carson’s popularity and appropriating his name to raise money for, yes, the GOP establishment.

The National Republican Senatorial Committee, a wing of the Republican National Committee with strong ties to the GOP Senate leadership, blasted out an email this week urging recipients to sign a “petition” wishing Carson, who turns 64 years old on Friday, a happy birthday. But this was not just a polite and thoughtful exercise. To sign the petition, a Carson well-wisher had to provide his or her name, email address, and zip code. That is, he or she had to provide valuable information that NRSC fundraisers could use to identify—and later target—conservative voters who back Carson but presumably reject the Republicans who control the NRSC, such as Senate Majority Leader Mitch McConnell.

And after a Carson fan finished filling out the “birthday card” for Carson, the NRSC asked him or her  to make a donation—to the NRSC. But an email recipient could be forgiven for thinking this contribution was somehow going to help Carson’s presidential campaign.

Politicians and candidates sometimes strike deals with party outfits and political action committees: You can use my name on a fundraising note, if you share the information you obtain. But in this instance, the NRSC did not consult Carson or his campaign beforehand. It did not ask if it could use his name to fill its coffers with a somewhat deceptive pitch. “No heads up, no courtesy notice…nor any deal,” says Carson spokesman Doug Watts.

Still, Watts isn’t blaming the NRSC for trying to profit off Carson’s success—even if the birthday card was a a ploy by the GOP establishment. “Ben’s name is currently the most powerful name in fundraising,” he says.

In Carson’s own fundraising emails, he slams the GOP establishment. One recent solicitation derided Washington politicians—and not just Democrats:

According to Watts, the campaign has raised a whopping $24 million since March from 285,000 donors, mainly through solicitations targeting grassroots conservatives. So it’s clear why the NRSC has glommed on to Carson with a sneaky and misleading email. And isn’t that just what Washington insiders would do?

The NRSC did not respond to a request for comment.