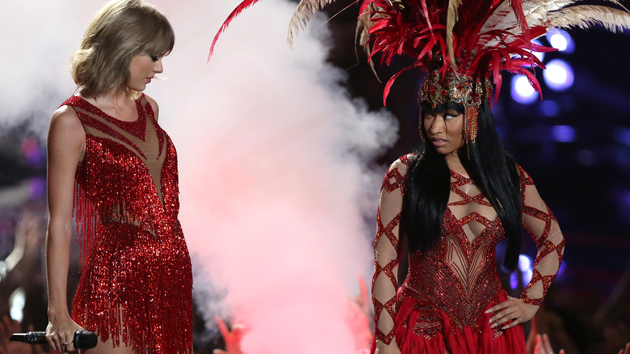 “He loves Trump! He loves Trump!” GOP presidential front-runner Donald Trump exclaimed this week about Kanye West. But rappers have been invoking Trump’s name since long before the real estate mogul entered politics, and it hasn’t always been with love.

According to Genius.com, a site that specializes in lyrics annotation, Trump has been mentioned more than 400 times in songs and interviews, with many, many references coming from hip-hop artists. Most of the Trump references are brief, with Trump’s name appearing as a stand-in for obscene wealth. Here are five of the most notable mentions.

Jeffrey Lamar Williams, a.k.a. Young Thug, a.k.a. Thugger Thugger, is a new rapper who, with his twisting melodies and distinctive crooning, has changed hip-hop’s popular sound. In this song, he invokes Trump before launching into the hook, using Trump’s golf courses to highlight how many women he’s slept with.

Kanye West’s verse on “So Appalled,” from 2010’s My Beautiful Dark Twisted Fantasy, calls out Trump as a symbol of income inequality. West equates Trump with income redistribution. He spends the rest of the song discussing individuals acting above the law and unemployment in America.

Too much spinach to eat for niggas beefin’,
So I’m out here trick or treatin’, can my niggas comprehend?
Bill Gates, Donald Trump, motherfucker let me in.

Fayetteville, North Carolina, rapper J. Cole uses Trump to talk about glass ceilings for people of color. Trump and Gates represent gatekeepers of a life of luxury and immense wealth that only the smallest fraction of the population will ever enjoy.

Donald Trump said buy an apartment with her (ha),
Buying an apartment with ya,
Greenspan said the rate was good,
My pastor says that your faith is major,
Best friend said I ought to wife you today,
Like jumping over the broom,
The white dress and all, yup the rice and all,
They said you love that girl.

Frank Ocean is technically not a rapper, yet much of his music has hip-hop influences. In “Lights,” Ocean makes a sly reference to Trump’s real estate history and expresses regret at taking The Donald’s advice and buying an apartment with his girlfriend.

Okay, this is not a song by Nicki Minaj, but a recorded conversation uploaded to YouTube in which she critiques the double standards and sexism in the music industry and America’s cultural landscape.