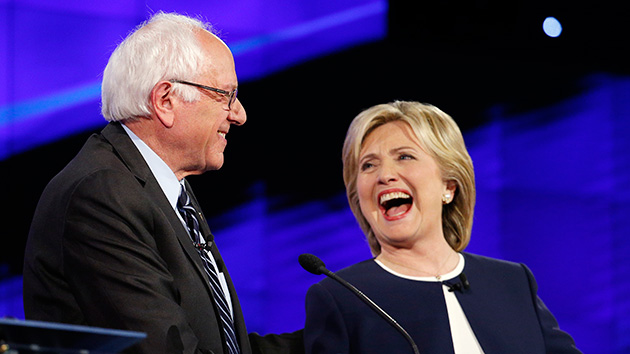 Republicans are largely silent on climate change. Democrats shout it loud. That’s the message from tonight’s debate in Las Vegas that was broadcast on CNN. Climate change was an awkward, 11th-hour topic in the second GOP debate last month that nobody seemed to want to talk about, in an exchange that lasted for only about four minutes. On Tuesday night, climate change roared into focus. Global warming was introduced as a big, banner election theme for the Democrats onstage. All but one spoke about it during opening remarks.

“I want to address climate change, a real threat to our planet,” said former Rhode Island Gov. Lincoln Chafee in the opening minutes of the debate.

“We must square our shoulders to the great challenge of climate change and make this threat our opportunity,” former Maryland Gov. Martin O’Malley told the audience. “The future is what we make of it. We are all in this together. And the question in this election is whether you and I still have the ability to give our kids a better future.”

Then, Vermont Sen. Bernie Sanders, went even further. “Today, the scientific community is virtually unanimous,” he said. “Climate change is real, it is caused by human activity, and we have a moral responsibility to transform our energy system away from fossil fuel to energy efficiency and sustainable energy and leave this planet a habitable planet for our children and our grandchildren.” Later, Sanders described climate change as the greatest national security threat.

Hillary Clinton, the current Democratic front-runner, framed climate change as an economic opportunity. “I’ve traveled across our country over the last months listening and learning,” she said. “And I’ve put forward specific plans about how we’re going to create more good-paying jobs: by investing in infrastructure and clean energy, by making it possible once again to invest in science and research, and taking the opportunity posed by climate change to grow our economy.”