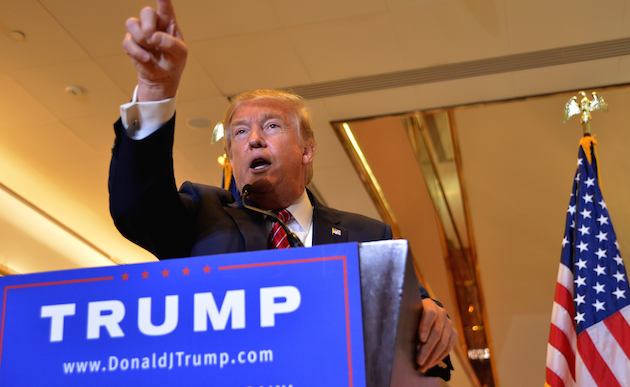 Back in September, Donald Trump put forth a tax plan that pledged to help middle-class Americans and take aim at the “hedge fund guys.” That four-page proposal was criticized for being vague on the details. It also raised eyebrows with its promise to be revenue-neutral.

On Tuesday, an independent think tank weighed in and called bullshit on Trump’s populist guise.

The analysis, released by the Tax Policy Center, found that the Republican frontrunner’s proposal would largely benefit only the wealthiest Americans by giving the top 0.1 percent an average of $1.3 million a year in tax cuts. Middle class Americans would see their taxes reduced by just $2,700 annually.

The plan would also wipe out revenue by a staggering $9.5 trillion over the next decade, according to the TPC.

“The revenue losses from this plan are really enormous,” Len Burman, director of the TPC, said. “Basically it would negate all the economic benefits if we were running deficits anywhere near as large as we’re projecting here.”

This latest analysis proves, once again, Trump’s tax plan and his insistence that it would cost billionaires like him a “fortune” is, as our Kevin Drum noted, the Lie of the Year.