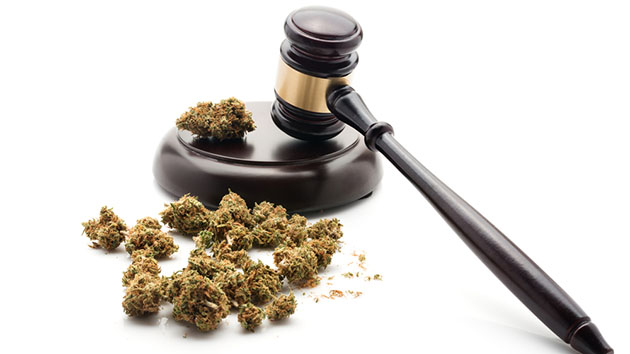 Residents of Washington, DC, have taken major issue with Congress on two big local priorities in the past year: legalizing marijuana and sledding on the slopes of the US Capitol. DC voters approved a ballot measure last November to legalize weed by a 65-27 percent margin, only to be told by Congress that the city couldn’t regulate or tax the sale of the drug. And residents flocked to the Capitol with their sleds after a heavy snow in March, only to be thwarted by Capitol police.

In its omnibus budget deal released Tuesday night, Congress tackled both of these issues, granting DC its wish on one but not the other. Sledding, the body determined, would be permitted; regulating the marijuana market would not.

The District of Columbia—home to more than 650,000 people, making it more populous than Vermont or Wyoming—lacks a voting representative in Congress, and its budget is subject to congressional approval, a unique carve-out that no other US city or state must contend with.

As part of a larger deal to keep the government funded for the next year, Congress is asking Capitol police to let kids from the surrounding neighborhoods bring their sleds to the slopes outside the building, among the best in the town. But while the kids can frolic, Congress still wants to prevent the adults in town from buying and selling a once-illegal substance.

The budget deal includes a rider first implemented last year that prohibits the city government from using any of its money to further legalize marijuana in the nation’s capital. After voters approved Initiative 71 last November—which legalized home growth and possession of small amounts of the drug—the city has been stuck in a gray area. Residents can now safely keep a small stash of weed at home without fear of being arrested by local cops, but there’s no legal way for them to buy the drug, unless they qualify for a medical marijuana prescription. The city council was on track to pass rules to allow for a marketplace and taxation system, like those in Colorado and Washington state, late last year before Congress intervened, much to the consternation of local officials. As I wrote earlier this summer:

There are a whole host of reasons the city government and voters would prefer a market where marijuana is sold in approved storefronts just like liquor. As Colorado has shown with its regulated system, bringing drug sales out of the black market can be a boon for tax revenue, with the state set to collect about $125 million this year from marijuana sales taxes. And before the ballot initiative last year legalized personal possession of small quantities of the drug, studies had shown that black residents of DC were 8.05 times more likely to be arrested for marijuana than white residents, even though black people and white people smoke pot at equal levels nationally.

That rider barred the city from regulating marijuana sales until government funding ran out. Tuesday night’s deal extends the prohibition through next September—and effectively signals that stripping the District’s ability to regulate a drug it has legalized has become a de facto part of any deal to keep the government from shutting down.